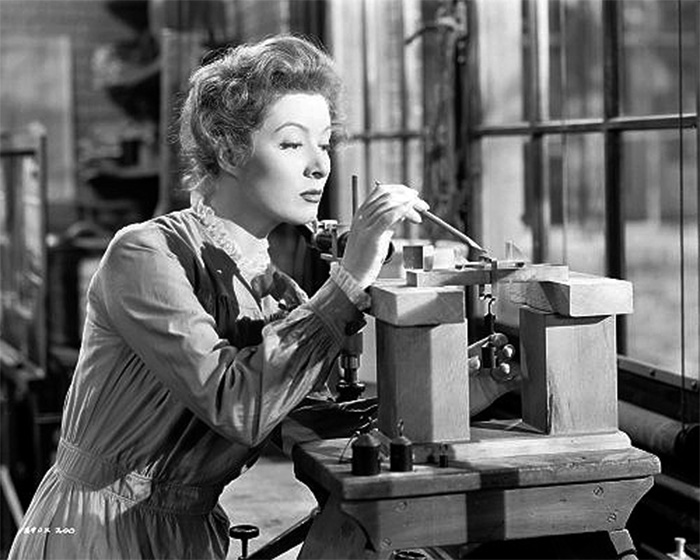 Maria (Marie Fr.) Sklodowska-Curie (born in Warsaw, Poland, on November 7, 1867) was one of the first woman scientists to win worldwide fame, and indeed, one of the great scientists of this century. She had degrees in mathematics and physics. Winner of two Nobel Prizes, for Physics in 1903 and for Chemistry in 1911. Discovered polonium (so called by Maria in honor of Poland) in the summer of 1898, and radium a few months later.

The film begins in the 1890s while Marie Sklodowska is enrolled at the Sorbonne. She’s a poor Polish exchange student with a passion for physics and chemistry. When he finds out about her precarious financial situation, a professor recommends her for a position with the “nervous and impatient” Dr. Pierre Curie and his assistant David. Curie believes that “women and science are incompatible.” Marie, who will graduate at the top of her class, quickly proves him wrong. Just as quickly, he falls in love with her and introduces her to his parents. An engagement leads to a wedding, which leads to a partnership, which leads
to the discovery of radium. Tragedy will eventually divide the couple, but Marie refuses to let their work die.