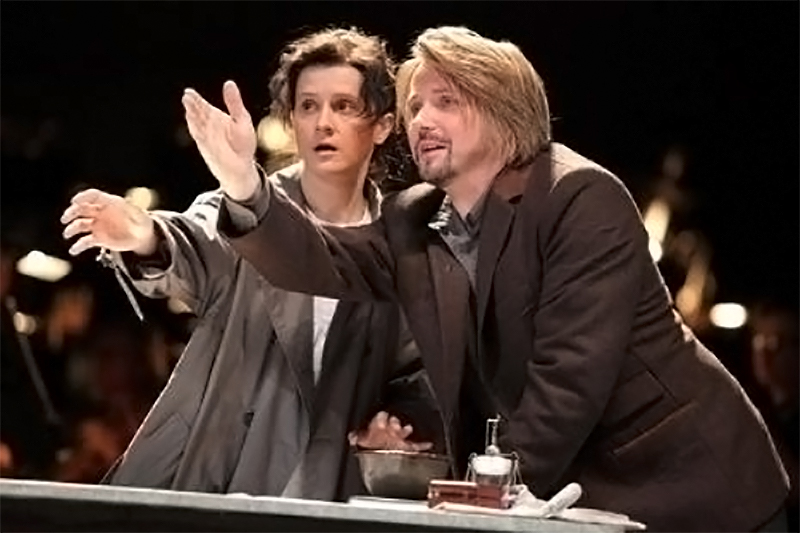 Cast
Story
Elzbieta Sikora‘s latest opera, Madame Curie (2011) presents the fascinating life and professional achievements of Maria Sklodowska-Curie, a great Polish scientist and two-time winner of the Nobel Prize. This remarkable woman whose motto in life was “Have no fear of perfection; you’ll never reach it” and “Nothing in life is to be feared, it is only to be understood” is musically captured by Sikora’s expressive score based on a libretto by Agata Miklaszewska. The performing forces include ten soloists, a choir of thirty performers, a corps de ballet and a symphony orchestra with the addition of saxophone, accordion and electronic sounds. Madame Curie received its world premiere on 15 November 2011 at the UNESCO Hall in Paris and Polish premiere of the work was given by Opera Baltycka in Gdansk on November 23 of that year.