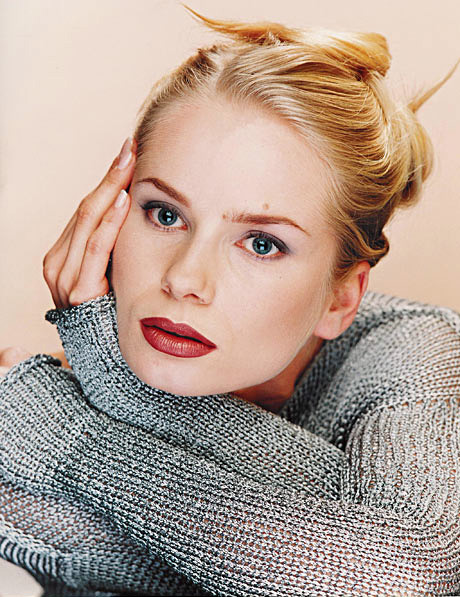 In 1995 she graduated from Cracow School of Drama PWST. As a student she debuted with the part of The Child in Gabriela Zapolska’s play The Four of Them (Ich czworo) on the stage of Teatr Stary. For her part of Sister Ann in a feature movie Temptation (Pokuszenie) directed by Barbara Sass (1995) she won the Best Actress Award at the XX POLISH FEATURE FILM FESTIVAL in Gdansk (1995). The same movie brought her the title of „The Star of Tomorrow” bestowed upon the most promising actress of European Cinematography at the International Film Festival in Geneva (1996).
She starred in „Amuck” (Amok) by Natalia Koryncka- Gruz (1998), for which she won Polish Movie Award ORZEL in year 2000. She also starred in Like a Drug (Jak narkotyk) by Barbara Sass (1999), in romantic comedy by Piotr Weresniak, The Enamoured (Zakochani) (2000), in Egoists (Egoisci) by Mariusz Trelinski (2000), Love Letters (Listy miłosne) by Leszek Wosiewicz (2001), Say it to Gabi (Powiedz to Gabi) by Roland Rowinski (2002), Defect (Defekt) by Maciej Dutkiewicz (2002), After Season (Po sezonie) by Janusz Majewski (2004), Palimpsest by Konrad Niepolski (2005), Loneliness in the Net (Samotność w sieci) by Witold Adamek (2006), Venice (Wenecja) by Jan Jakub Kolski (2010).
She has also acted in many TV theater spectacles and TV series.
Between 1995 and 2001 she played at the Teatr Stary in Cracow. At present she works at the Teatr Rozmaitosci in Warsaw.