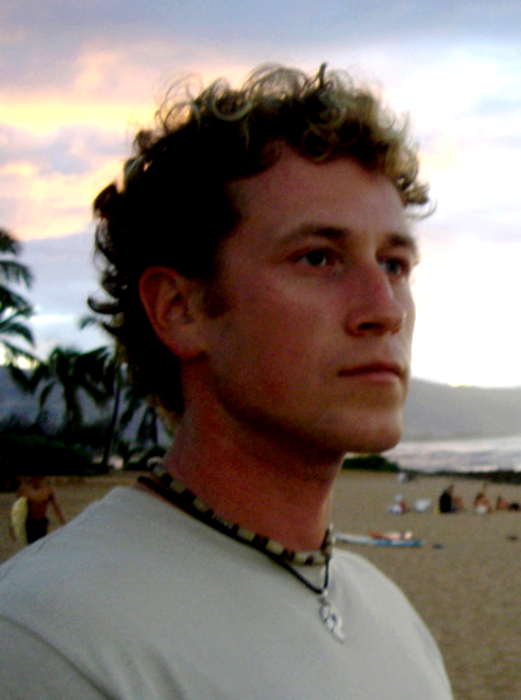 Born in Kielce, Poland, Maksymilian Naporowski studied art, psychology and philosophy at McMaster University in Canada. In the spring of 1996, he graduated with a B.A. in Philosophy. He then spent a summer at Sheridan College and added another year of studies in digital animation at Seneca College. He then went on to become a teacher of the same program.

In 1998, he took a demonstration artist position for a Toronto based company called “Puppet Works”, a conductor company of “Alias/Wavefront”. There he developed digital content for presentations at shows such as Siggraph and NAB, and provided training and consultation for clients and projects such as the “Duke Nuke’em” video game title at 3D Realms, internal 3D content for Lockheed Martin, “Merlin” and “Lost in Space” films for Jim Henson Creature Shop in the UK, “Atlantis: The Lost Empire” for Walt Disney Studios, “Jane Austen’s Mafia!” for Swansons Production and “Incredible Mr. Limpet” for Pacific Title/Mirage and Warner Bros. Later that year, Computer Graphics World awarded PupetWorks’ Motion Capture Animation System as one of the Most Innovative Products of the Year, and at the end of 1998 The Academy of Canadian Cinema and Television awarded the team at PuppetWorks with a Gemini Award for Outstanding Technical Achievement.

Maks moved to Los Angeles in 1999 to take a position as a CG Supervisor for 2G and Swanson Productions. The following year he joined Centropolis FX to help build the Character Motion Capture/Animation pipeline for The Patriot with Mel Gibson and Heath Ledger. Maks also choreographed and animated some of the large battle sequences for the film.

From 2000-2008 Maks contributed his talents to Sony Pictures Imageworks. His first task was to provide muscle deformation on a number of creatures for Harry Potter and the Sorcerer’s Stone. He then went on to tackle technical character concepts, problem-solving, animation pipelines, character setup and animation for such films as The Chubbchubbs! and Stuart Little 2. Maks headed the technical animation teams, was involved in pre-visualization, character rigging and animation for Charlie’s Angels: Full Throttle, Bad Boys II, Matrix Revolutions, Polar Express, Zathura: A Space Adventure, The Aviator, Superman Returns, Ghost Rider and Beowulf.

Throughout his career Maks has had the privilage to be a key element in projects which won numerous awards. In 2003, the visual effects team for Chubbchubbs! won an Oscar for Best Animation Short. Later that year the Visual Effects Society awarded the team of Stuarl Little 2 the VES Award for best character animation in an Animated Motion Picture. In 2004, Matrix Revolutions and Bad Boys 2 were nominated for a VES Award, and in 2005 Aviator received a VES award for outstanding Supporting Visual Effects in a Motion Picture.

In 2008, Maks was invited to be part of a discussion panel on Animation, Kinetics and Dance, as an expert in his field, at the University of Southern California along with Margot Apostolos, Andreas Deja and Tom Sito. Later that year Maks was part of an expert jury and presented the Hollywood Eagle Animation Award at the 9th Annual Polish Film Festival. In June 2008, Maks was invited to a film festival in Poland to honor the lifetime film directing achievement of Mr. Krzysztof Zanussi. At the festival Maks was awarded the Cinemagic award for his achievements in the visual effects field.

In 2007, Maks teamed up with Raymond Edwards to create Blinding Films, a company dedicated to producing independent content, and is currently wrapping up post-production on Dawn of Darkness, an ambitious short film which Maks directed. In addition to the production work, he has also been teaching at the University Of Southern California’s School of Cinematic Arts, and Gnomon School of Visual Effects.