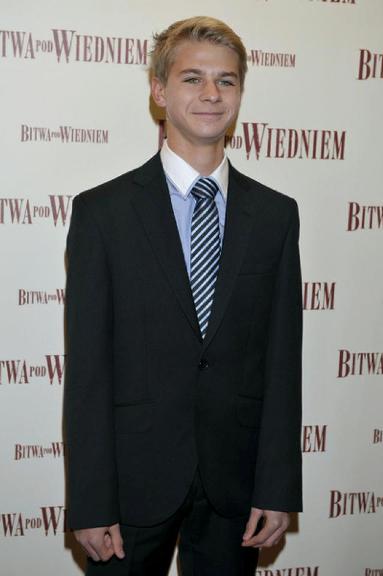 Marcin Walewski was born in 1997 in Warsaw. In the years 1998-2002 he lived with his parents in Los Angeles. After their return to Poland he started appearing in TV commercials, among others for IKEA, Toyota and Credit Suisse. Between 2003-2007 he appeared as a guest star in Polish TV series Klan, Na dobre i na złe, Niania, Kryminalni, Daleko od noszy, Glina and Pensjonat pod Różą. His feature debut was a role in LittleE Friar (Braciszek) in 2007. In 2009 he played the leading role in Venice (Wenecja). At the 35th Polish Film Festival in Gdynia Marcin received an award for the best acting debut for his roles in Venice (Wenecja) by Jan Jakub Kolski and Three Minutes. 21:37 (Trzy minuty. 21:37) by Maciej Slesicki. Marcin is attending the Czeslaw Niemen High School in Warsaw. Recipient of 2011 Piotr Lazarkiewicz Award at the Polish Film Festival Los Angeles.