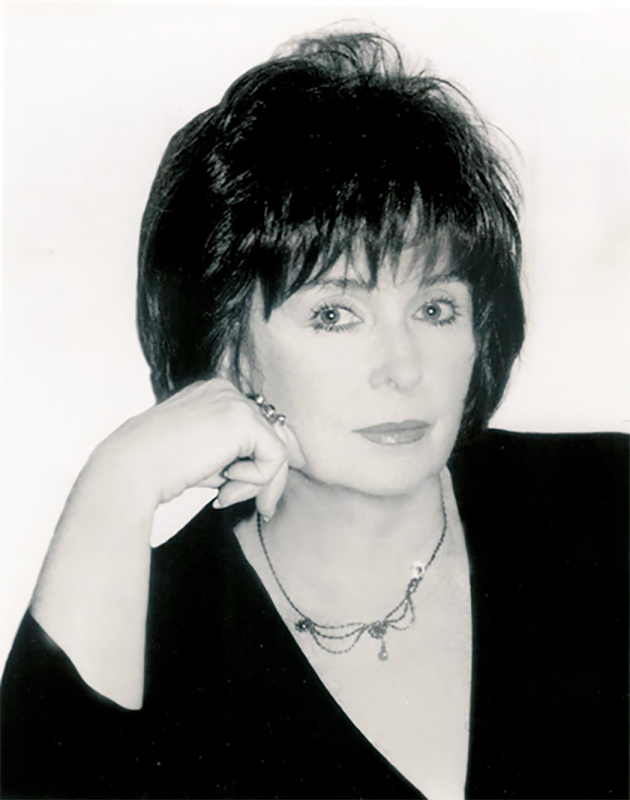 Legendary child star Margaret O’Brien, is considered by most film critics and historians as the greatest “little” actress of all times. O’Brien, a gifted dramatic performer, was one of the most popular movie stars of the 1940’s. At age three she expressed a serious desire to pursue acting while posing for magazine covers for photographer Paul Hesse, and the rest is movie history.

Her film debut was a one-minute scene In Babes on Broadway (1941). Studio Executives were amazed at her extraordinary talent and cast her in Journey for Margaret (1942), as the little orphan girl during the war. Overnight, Margaret O’Brien soared to major stardom! She was heralded as a “sensation,” a “child genius,” and MGM wisely signed her to a long term contract.

Margaret remained the biggest child star throughout the 1940’s, being a number one box office attraction. Her unforgettable performance as “Tootie” in Vincente Minnelli‘s Meet Me in ST. Louis (1944), with Judy Garland as her co-star, earned her an Academy Award and the position of the highest paid entertainer in the nation.

Margaret turned out spectacular performances in such clasics as The Centerville Ghost (1944) and Unfinished Dance (1947). Her brilliant work in The Secret Garden (1948) and Little Women (1949) immortalized her in the tear-filled eyes of audiences world wide. Additional movie successes (more than thirty in all) included Three Wise Fools, Jane Eyre, Bad Bascomb, Tenth Avenue Angel and Music for Millions.

Margaret O’Brien masterfully performed roles requiring acting experience far beyond her years. The admiration of her acting colleagues and her loyal audience won her the title “America’s favorite sweetheart,” Margaret was a beloved treasure of the movies and the adoring public. Her millions of fans collecteMargaret O’Briendolls, hats, paper dolls, coloring books and dozen of other Margaret O’Brien products, In fact, film star product endorsements reached an all time high in fee mid-forties, due largely because of Margaret O’Brien.

Achieving super star status during Hollywood’s “Golden Era,” provided a career most actors can only dream of. Today Margaret continues to receive film and television offers. She has guest starred on many television shows, including, Murder She Wrote and Tales from the Darkside. Margaret remains very active in charitable affairs.