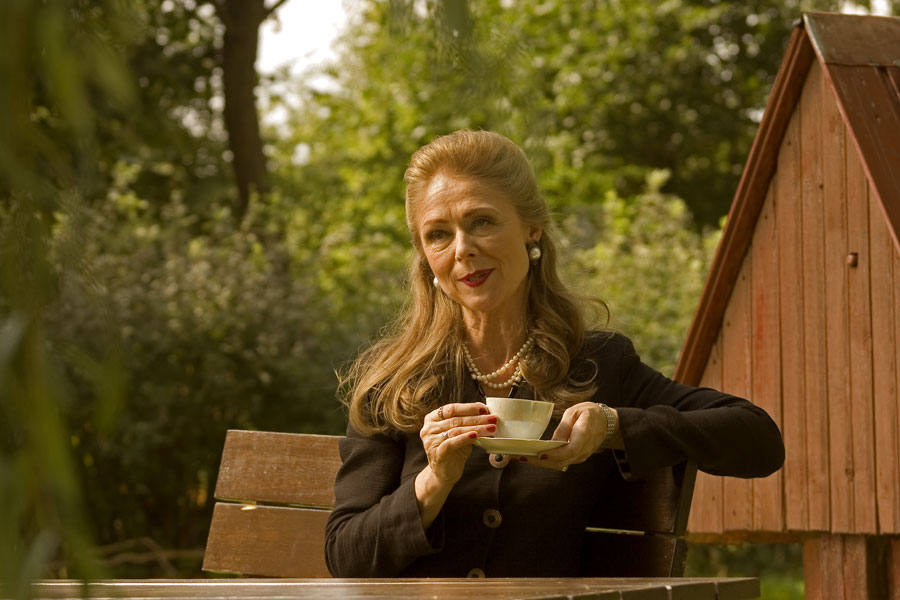 Stage, television and film actress. In 1977 graduated from the Warsaw Theatre Academy and the same year was hired by the director of Teatr Wspolczesny, Erwin Axer, and is member of the company ever since.

She has played over 30 different leading and supporting roles of very diverse character under the helm of the most prominent Polish directors. She has also taken part in over 30 television productions – TV dramas, episodic series and novellas, and over 30 feature films.

She is an author and the sole performer of My Lord… based on Confession of a Nun by Denis Diderot. She performed this play many times on Polish stages in the late ‘80s. In 1995 she played it over 20 times at the Theatre Festival in Edinburgh, UK, in the English language, and she received enthusiastic reviews. She also performed this one-woman show at the theatrical festivals in Adelaide, Australia and Toronto, Canada. Everywhere she garnered high critical acclaims.

She played Mother in The Killer by Alexander Molchanov in Teatr Wspolczesny, the title role in Baba Chanel by Nikolaj Kolada in Teatr Polonia.