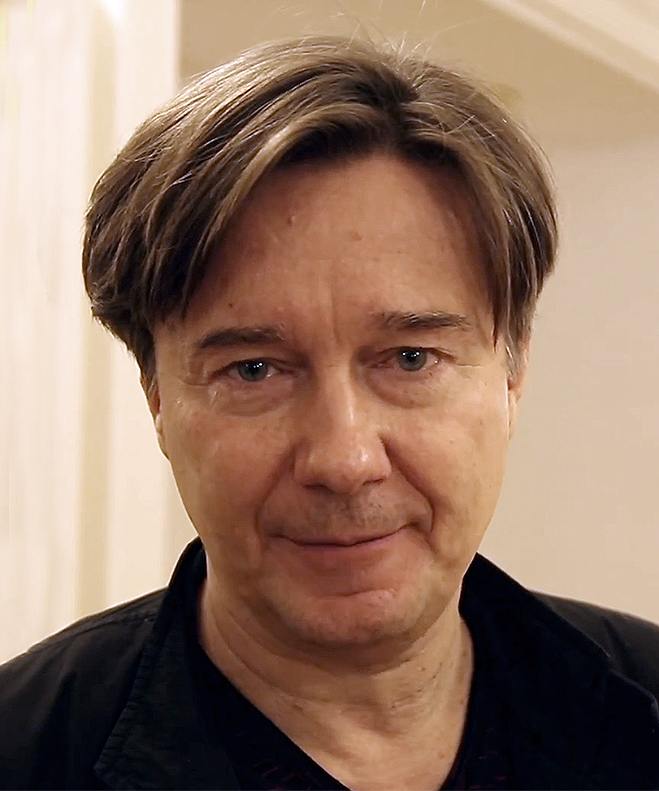 A film, theatre and opera director. He started making films while still at secondary school, and studied at the State School of Film Television and Theatre in LODZ. He started working before completing the course, making a television film called Zad Wielkiego Wieloryba (The Stern of a Giant Whale). He has also worked for Television Theatre. He is interested chiefly in feature films and creative cinema.

His film “Farewell to Autumn” (Pożegnanie jesieni), based on a novel by Stanislaw J. Witkiewicz, premiered in 1990 at the Venice Film Festival among the 29 best films for the year and was later presented at festivals in Madras, Tokyo, Vancouver, Berlin and Moscow. This film won the Andrzej Munk Award and the Minister of Culture and Art Award for best debut of 1990.

His debut as a theatre director was Lautréamont-Dreams at the Studio Theatre. Next he did Shakespeare’s Macbeth for Powszechny Theatre. His television productions include Dostoyevsky’s Natalia, Bryusov’s Sisters and Scribe’s Adriana Lecouvreur. His film based on Dostoevsky’s The Gentle Creature premiered at the Moscow Film Festival in 1995.

His opera debut came with Elzbieta Sikora‘s The Heartsnatcher at the Grand Theatre in Warsaw (1995) and subsequently at the Centre Pompidou in Paris (1997). He has directed Puccini’s Madama Butterfly, Szymanowski’s King Roger, Verdi’s Otello, Tchaikovsky’s Eugene Onegin, and Mozart’s Don Giovanni. The American premiere of his Madama Butterfly was in Washington (2001). His next production is The Queen of Spades in Berlin (December 2003). The winner of 2001 Karol Szymanowski Award.
Director of the Polish National Opera (Teatr Wielki). Finalist of the 2016 International Opera Awards.