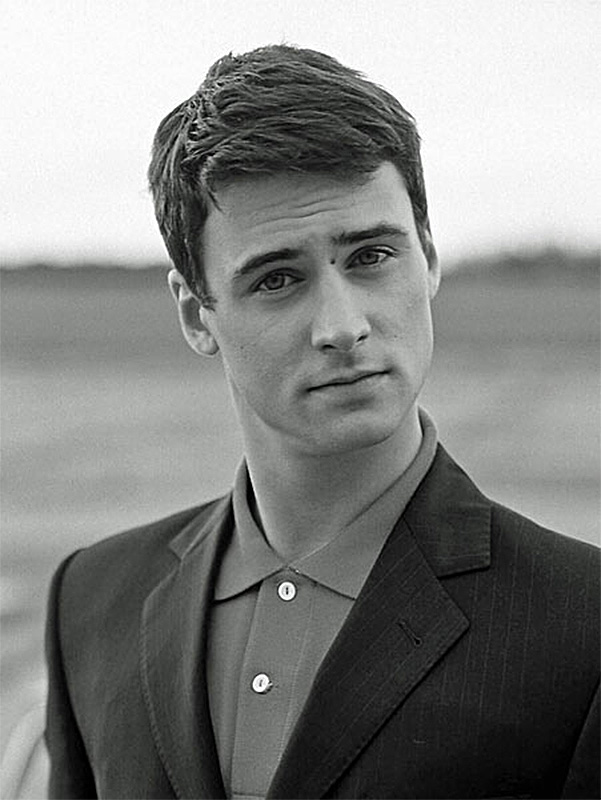 Born in 1981 in Warsaw. In 2004 graduated from the Theatre Academy in Warsaw. Mateusz began his acting career in 1991 on the TV series WOW and his first leading role in a film came with Lowca. Ostatnie starcie (1993) directed by Jerzy Lukasiewicz. In 1999 he was cast in the leading male roles in the Russian-French costume co-production Russkiy Bunt. While still at the Academy, Mateusz collaborated with Teatr Nowy managed by Adam Hanuszkiewicz. After graduation he also worked for Teatr Wspolczesny. In 2001 Mateusz starred in Filip Bajon’s The Spring to Come. In 2004 he took part in the famous film production Karol: A Man Who Became a Pope. In the meantime he appeared in two films directed by Dominik Matwiejczyk, one of the most important representatives of the Polish independent film production. One was a comedy Short Hysteria of Time (Krótka histeria czasu) (2005); the other was Black (Czarny) (2009). He also starred in Michal Kwiecinski’s Tomorrow We Are Going to the Movies (Jutro idziemy do kina) (2007). In 2009 Mateusz did a feature film Love and Dance (Kochaj i tańcz) directed by Bruce Parramore, where he starred opposite Izabella Miko (2009). Mateusz starred in numerous TV series and did many voice-overs including most recent one in the Polish language version of Dreamworks production How to Train Your Dragon, lending his voice to the main character Hiccup. At present Mateusz is taking part in the shooting of a German feature film Remembrance (Die verlorene Zeit) directed by Anna Justice, where he will star opposite a.o. Lena Olin.That One Afternoon is the actor’s debut as a director.

His credits include a lead parts in the TV series: Life Exam (Egzamin z życia) and Now or Never (Teraz albo nigdy). For his role in Black (Czarny) was awarded Jan Machulski Award for best actor in the competition of Polish Independent Cinema.