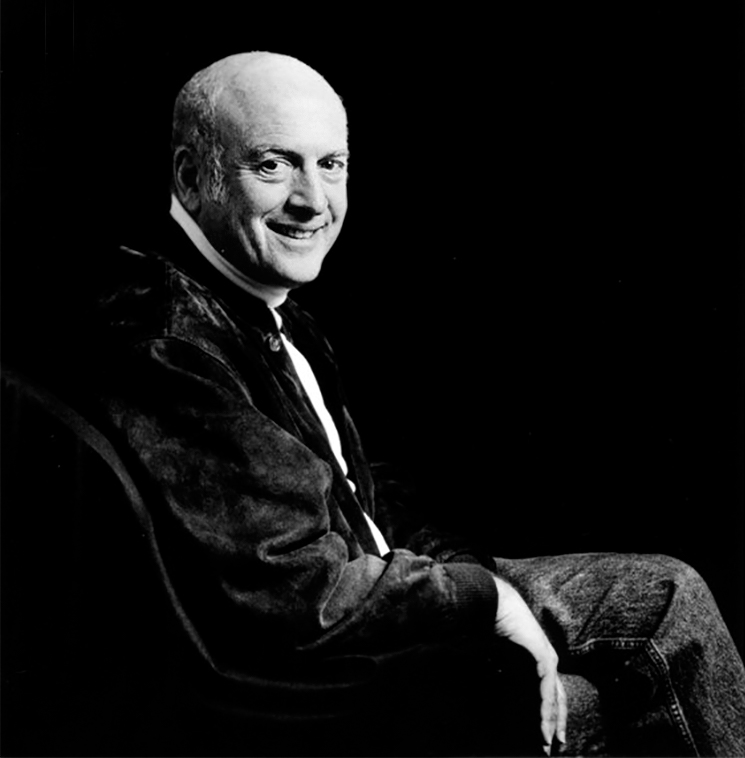 Mike Stoller is one-half of the legendary songwriting team of Leiber and Stoller. Over the course of a 61-year partnership, Jerry Leiber (1933-2011) and Mike Stoller (born 1933) created enduring classics in a variety of genres including rhythm & blues, pop, country, jazz, cabaret, and—perhaps most notably — rock & roll.

If Elvis Presley was the king of rock & roll, then Jerry Leiber and Mike Stoller were certainly two of the most important powers behind that throne. It’s impossible to think of Elvis without thinking of “Hound Dog,” “Loving You,” or “Jailhouse Rock” — all creations from the pen and piano of Leiber and Stoller.

To carry the analogy a step further, the court jesters of the rock & roll kingdom would have to be The Coasters. Leiber and Stoller wrote and produced all of The Coasters’ hits, including “Searchin’,” “Young Blood,” “Yakety Yak,” “Charlie Brown,” “Along Came Jones,” “Poison Ivy” and “Little Egypt.” But Elvis and The Coasters are only two of the acts whose careers skyrocketed because of Leiber and Stoller’s creative partnership.

Mike Stoller and Jerry Leiber began their partnership in 1950 at the age of 17 when they discovered that they had a mutual passion for boogie-woogie and the blues. By the time they were 20, Leiber and Stoller had seen their earliest songs recorded by such important blues artists as Jimmy Witherspoon, Little Esther, Amos Milburn, Charles Brown, Little Willie Littlefield, Bull Moose Jackson, Linda Hopkins, Ray Charles, and Willie Mae “Big Mama” Thornton.

Leiber and Stoller’s series of hits as both songwriters and record producers began with Big Mama Thornton’s recording of “Hound Dog” in 1953. This record and others produced by them caught the attention of executives from Atlantic Records. In 1955, Atlantic signed Leiber and Stoller to the first independent production deal, forever changing the course of the record industry. Leiber and Stoller’s songs and productions were constantly on the charts during the next decade. Aside from The Coasters’ many hits, there were Ben E. King’s “Stand By Me” and “I (Who Have Nothig);” The Drifters’ “There Goes My Baby,” “Dance With Me,” and “On Broadway;” LaVern Baker’s “Saved”; and Ruth Brown’s “Lucky Lips.”

During this same period, while Leiber and Stoller were producing The Clovers (“Love Potion # 9”), Jay and the Americans (“Only in America”), and Chuck Jackson (“I Keep Forgettin’”), other artists were having hits with Leiber and Stoller compositions. There was Wilbert Harrison with “Kansas City,” The Drifters with “Fools Fall in Love,” Dion with “Ruby Baby,” Peggy Lee with “I’m a Woman,” and Édith Piaf with “L’Homme à la Moto.” Elvis Presley recorded more than 20 songs written by Leiber and Stoller, including “Hound Dog,” “Love Me,” “Loving You,” “Jailhouse Rock,” “Treat Me Nice,” “Don’t,” “(You’re So Square) Baby, I Don’t Care,” “Bossa Nova Baby,” “Santa Claus Is Back in Town,” and “Trouble.”

In 1969, the team produced the Peggy Lee recording of their composition “Is That All There Is?” According to music critic Robert Palmer, “Is That All There Is?” was the song that “…clearly pointed to the direction their new work would take.” It was this change in the creative style of Leiber and Stoller that prompted Palmer to write: “…The golden age of rock & roll had come to an end.”

Leiber and Stoller have been the recipients of many awards and honors, including the following:

In March of 1995, Smokey Joe’s Cafe: The Songs of Leiber and Stoller opened on Broadway at the Virginia Theatre. Comprising 39 Leiber and Stoller songs, the show was nominated for seven Tony Awards. Smokey Joe’s Café would remain at the Virginia Theatre for over five years, becoming the longest-running musical revue in Broadway history, which it still is to this day. The show also played London’s West End for two years, and has toured around the world.