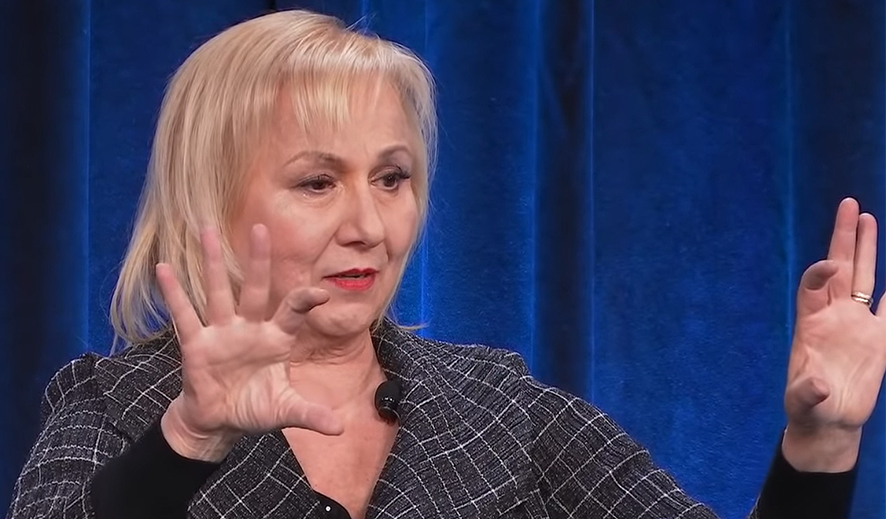 She directed “Deep Impact“, which grossed more than $350 million worldwide, making it one of 1998’s most profitable films. Her first film, “The Peacemaker”, starring George Clooney and Nicole Kidman, was DreamWorks’ first theatrical release. Leder came to feature films after distinguishing herself as one of television’s most versatile and accomplished producer-directors. In 1995, she received an Emmy Award for directing the powerful and critically acclaimed “Love’s Labor Lost” episode of “ER” (Emergency Room). Her work on “ER” – as a director and co-executive producer – earned her a second Emmy and three Directors Guild of America nominations for Best Direction of a Dramatic Series.

She began her directing career on “L.A. Law” and went on to direct several other Emmy Award-winning dramatic series, including “China Beach“, where she also served as producer for two seasons, which earned her four more Emmy nominations.

Leder has also directed numerous television films and pilots. She has the distinction of being the first woman cinematographer accepted to study at the American Film Institute.