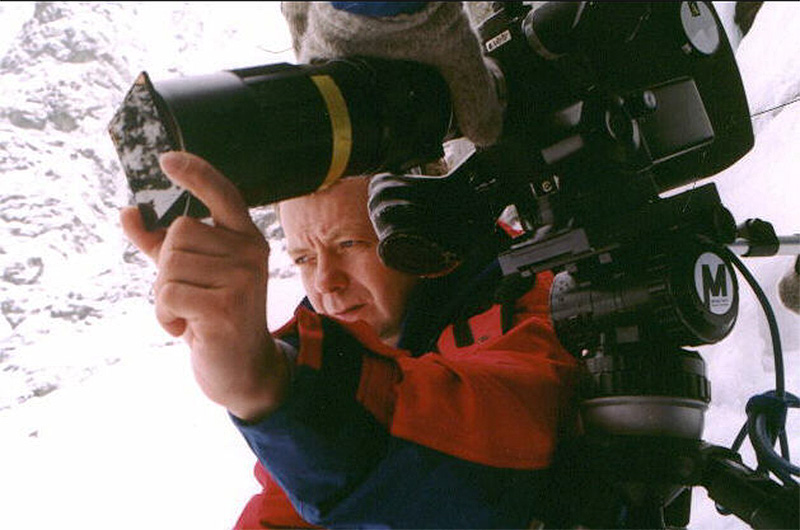 Bio
Mirosław Dembiński was born in Bydgoszcz, Poland in 1959. In the years 1977-1981 he participated in a student theater movement as actor and director, first in Bydgoszcz and then in Torun. In 1978 he started studying mathematics at the Nicolas Copernicus University. In 1986 he began to study directing at the Łódź Film School. His school films The Cause Smaller Than Life, The Orange Alternative, My Little Everest, and Plus, Minus, Infinity have altogether garnered 20 prizes at international film festivals. In 1990 he obtained the scholarship of the Minister of Culture and Arts and the prize of President of Łódź “Złota Łódka” (Golden Boat). For one year he was the president of the Andrzej Munk Screenplay Council and then started to work as an assistant at the Łódź Film School where until today he continues to conduct documentary classes. In 1991 he also started to act as an independent producer establishing the Film Studio “Everest”, where he produced 44 short films (mostly documentaries) which were awarded 49 times at several international film festivals and were broadcast on 12 European TV networks. He directed the documentaries The Fruits of The Black Soil, Bury Me Together with Them, And What about You?, Ganek and Icarus which were awarded 19 times at several international film festivals. In 1993 he made the television feature film Taranthriller. In 1996 the Film Studio “Perspektywa” made the television feature film SUMMONS directed by Mirosław Dembiński and Jadwiga Jankowska-Cieślak was honored for the best actress in that movie at the Feature Film Festival in Gdynia. In 1997 he completed the 13-part television series ROOM NO 107. In 2000 he made, in the Film Studio Everest, a documentary series about the Homeless It Is Necessary to Live. In 2002-2004 he made Give Yourself to Others, To Marek Kotanski, Shared Flight, The Dwarf For President and a documentary series Losers And Winners. His last film Dwarfs Go To Ukraine is a documentary about the Orange Revolution.