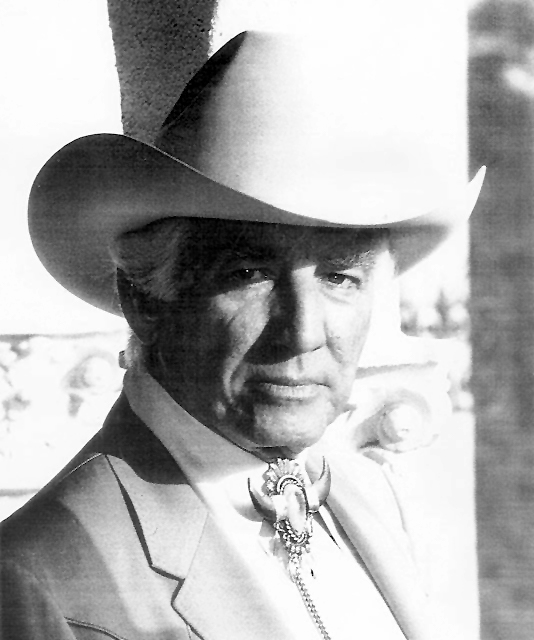 Was born in Fort Worth, Texas. After high school he enlisted in the U.S. Army Air Corps Pilot Training Program. Following his service in World War II, Woodward entered Arlington State College, where he majored in music and drama and performed with the renowned Margo Jones Repertory Theatre in Dallas.

Following the Korean War, Woodward made his way to Hollywood and contracted with the Walt Disney Studios for a three-picture deal. In 1957, he signed a four-year contract to co-star with Hugh O’Brian on the popular television series, “Wyatt Earp.”

He has appeared in over 250 TV shows and movies, he holds the record for guest starring roles in the TV series “Gunsmoke” and “Wagon Train,” more than any other actor. Feature film credit includes “Cool Hand Luke” starring Paul Newman.

Woodward is the recipient of many notable awards including, the “Golden Lariat Award” at the National Western Film Festival, a Lifetime Achievement Award from the Wild West Film Festival, the prestigious “Golden Boot Award” from the Hollywood Motion Picture and Television Fund, a “Golden Saddle Award” on the “Walk of Western Stars” at the William S. Hart Museum and Park, and a Silver Spur Award presented to him in Los Angeles in 2004.

Member of the Academy of Motion Picture Arts and Sciences.