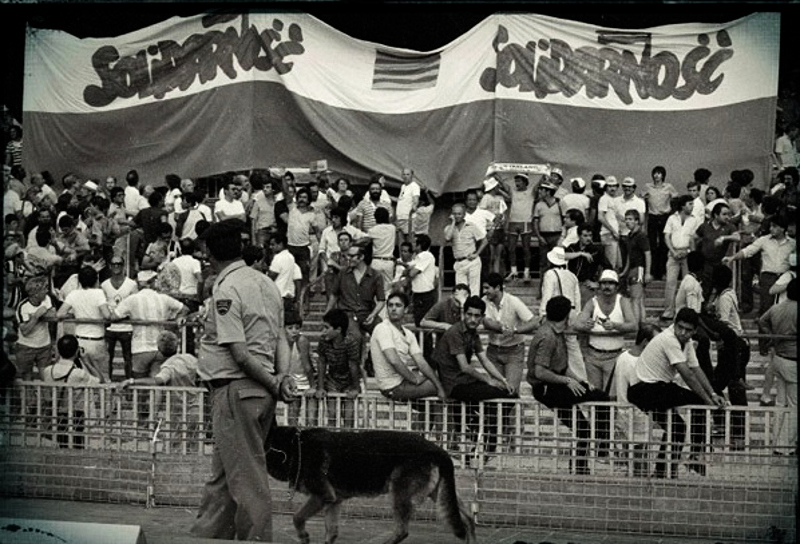 Cast
Story
The “España ’82” World Cup was the last big success of the Polish national football team. Viewers all over the country, glued to their TV sets, marveled at the goals scored by Boniek and Smolarek, the extraordinary agility of Lato, Kupcewicz and Buncol, the spectacular goalkeeper parades of Mlynarczyk. For a brief moment, Poland forgot the bleak reality of Martial Law: censorship, troops on the streets, prisons overflowing with members of the political opposition. The national team’s performance was so successful that it was nicknamed “the best TV series of Martial Law Poland”.

“Mundial. The highest stakes” tells the fascinating, untold story of sport and politics in the aberrant period of Martial Law. The World Cup was watched with equal devotion by interned activists of the delegalized “Solidarity” and censors, whose job was to diligently cut any signs of Polish political opposition from the live TV broadcast (mostly banners with the word “Solidarity” displayed in the bleachers of the stadium). The film shows us also the perspective of the football players, who, apart from having to deal with the pressure of playing in the World Cup, had to live up to the expectations of their fans and skillfully manage the political regime themselves.

The documentary Mundial: The Highest Stakes is a combination of unique archive materials from Polish Television, Polish Film Chronicles, FIFA, 3D-animated photos from the Bialoleka internment camp, drawings and interviews with the football players sports commentators and the interned members of political opposition.