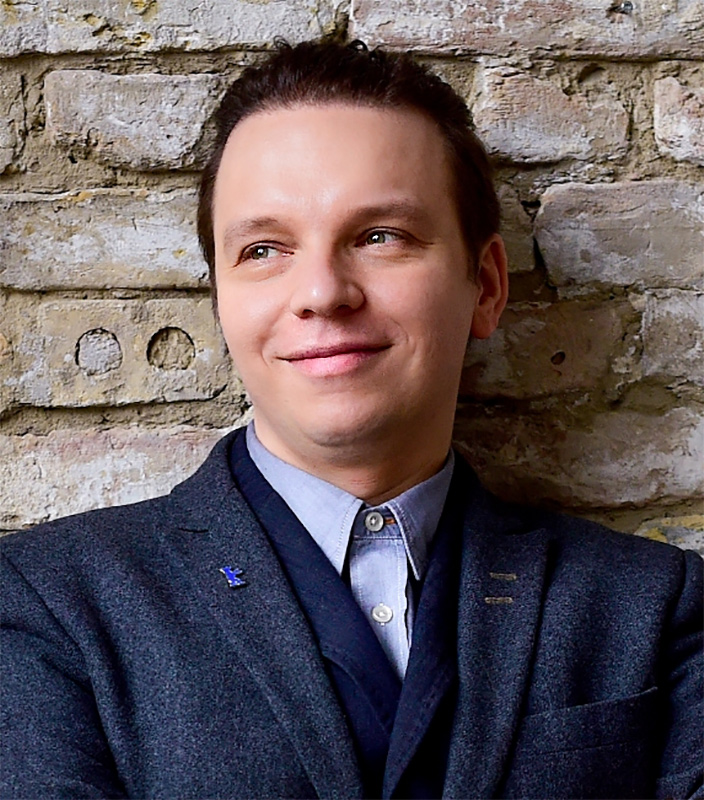 Born in Warsaw, Poland, Piotr J. Lewandowski has spent the majority of his adult life abroad, regularly returning to visit his home and family. He attended colleges in Warsaw, Paris, and London. In 1999, he settled in Germany where he studied at the Hochschule für Gestaltung (University of Art and Design) in Offenbach near Frankfurt am Main. In 2002, he transferred to the Filmakademie in Baden-Württemberg, the renowned international film school, where he graduated in 2007.
Since 1996, he has been occupied with painting and art, while also making experimental animated and other short films. After receiving awards for his short films Heavy Pregnant and Papa, he codirected a feature length film with Carsten Strauch, entitled Die Aufschneider (Butchers). In 2006 he made a short film Janek (Jonny) with Polish actors Danuta Stenka and Zbigniew Zamachowski.
After gathering many awards in Germany, Janek received a director’s nomination for Best Story and awards for Best Actors (Danuta Stenka and Paul Merkle) at the ”Grand OFF-World Independent Film Awards” Film Festival in Warsaw in 2009. His next film, the roughly thirty minute long Fliegen (Fly), was part of the official program of the Berlin International Film Festival in 2009.
In 2011-2012, Mr. Lewandowski, again with Carsten Strauch, made a TV-series Götter wie wir (Gods R Us), which garnered the German TV-award for the best TV-series. In 2013, Mr. Lewandowski received a Hessen Film and Cinema Screenplay Award for JONATHAN. In 2014, a nomination for Thomas Strittmatter Award followed, as well as an Emder Screenplay Award at the International Film Festival Emden-Norderney, Lower Saxony, Germany, granted by Grimme Preis Jury.
Jonathan celebrated its World Premiere at the 2016 Berlinale in the Panorama section.