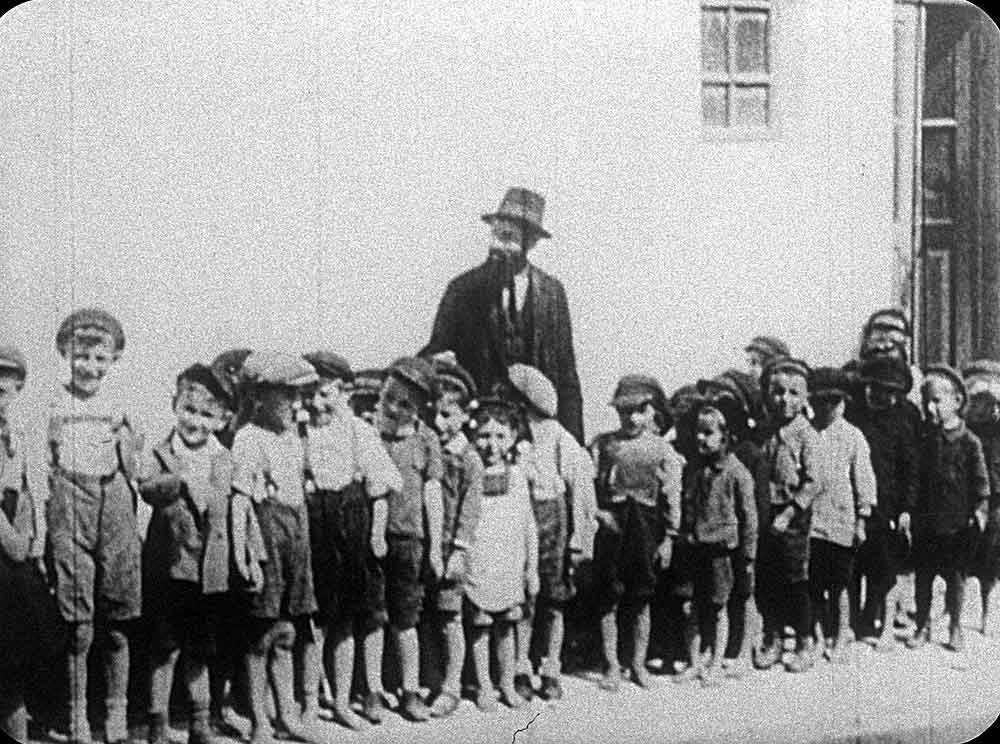 According to a Jewish legend, Jews fleeing pogroms and the plague in Germany in the XIII century came to Poland, where they were warmly and hospitably received. They said “Po-lin” in Hebrew “here we live” in this way granting a Jewish name to Poland. Since then they created their own world and culture in Poland. Nevertheless, due to the Holocaust, only the tragic end of their presence remains in Polish consciousness. Po-lin is a story about the world of Jewish communities in pre-Holocaust Polish towns. The filmmakers used remarkable film materials from the twenties and thirties, made by Jews who had emigrated earlier to the USA and came to Poland to visit relatives. These visitors usually used a 16 mm movie camera filming in black and white. Captured were the joy of family members against the background of the towns and communities they came from. Almost by accident, scraps of the annihilated world of Polish Jews were preserved. The no-longer existing synagogues, yeshivot, Jewish homes for the elderly and orphans, pulsating market places and most of all people and simple scenes of daily life. They were the inspiration for the making of this film. Po-lin puts together sections of 19 amateur films made in the years 1929-1937. The towns depicted in this include: Kaluszyn, Kolbuszowa, Ranizow, Sokolow Malopolski, Sedziszow, Zareby Koscielne, Gabin, Skierniewice, Slonim, Kurow, Skidel, Boryslaw, Bolechow, Grodek / Molodeczna, Brzostowica Wielka, Nowogrodek, Tyszowce, Krakow / Kazimierz, Łódź/Baluty. In each of these towns, the same places were tracked down, earlier seen in the archive materials.