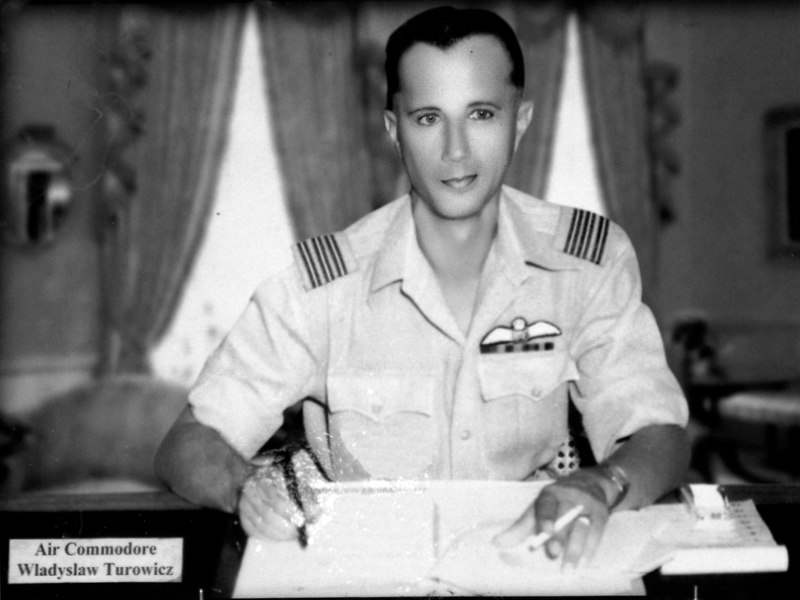 In 1947, when Pakistan was created as an independent country, a new government asked the British Air Force command for pointing out the most experienced and trusted pilots who would be able to create air force in Pakistan.
The British professionals suggested… Polish officers, pilots that after the World War II when they gained the fame as brilliant pilots, still remained in the British army.

A small group of 17 Polish pilots led by Turowicz arrived to Pakistan in 1947 and so the National Pakistani Air Force was born. Till nowadays considered to be one of the most professional in the world.

A very young officer, named Turowicz together with his wife a civil pilot, volunteered to lead the group of pilots that was supposed to create the Pakistani Air Force. They both went through a hell in Siberia, and once rescued by the general Anders’ army got to England where they fought for the world´ s and Polish freedom.

Mrs. Turowicz formed women pilots and paratroopers for the purposes of the Pakistani army. She is still living in Karachi. General Turowicz died in 1970s and is buried in Karachi. It has never been an issue they being catholic. Turowicz was quickly promoted to a general and is considered a Pakistani national hero while in Poland, due to communist censorship it was prohibited to talk and publish any data of this extraordinary person. Every Pakistani pilot knows him and his achievements and considers him a great example.