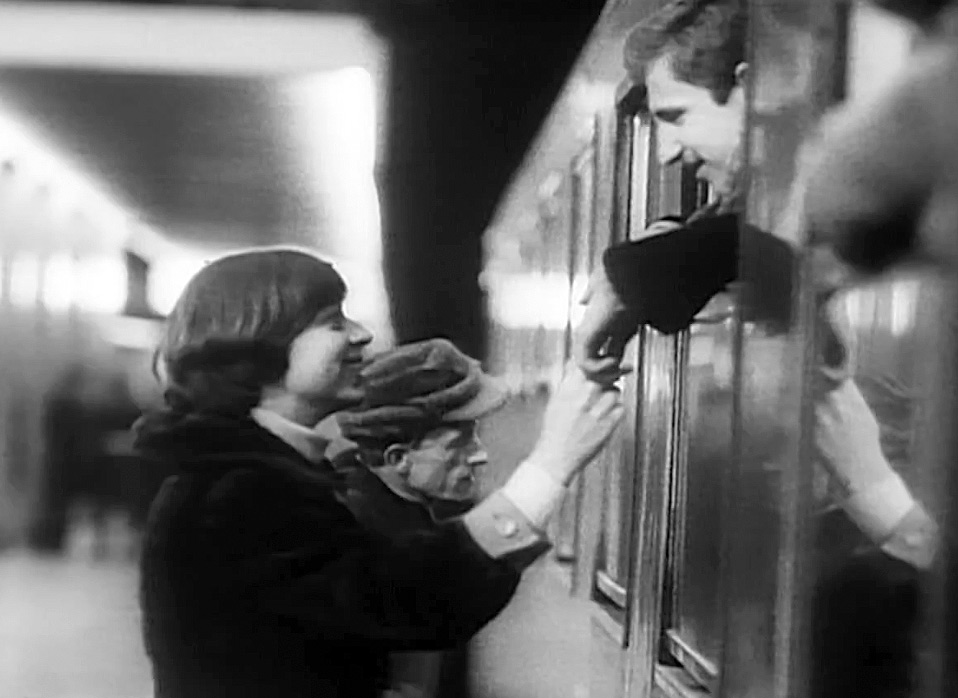 The contrast between the real and the propaganda image of Warsaw’s main railroad station, a flagship investment of the Gierek decade: “Central Station”. Someone has fallen asleep, someone’s waiting for somebody else. Maybe they’ll come, maybe they won’t. The film is about people like that, people looking for something.” (Krzysztof Kieslowski). Overhead video spy cameras watch over the station.

“In “Railway Station” there are a few shots of people sleeping, or waiting for someone, for something. It’s about them. Not individualized in this case, but that’s not important. Because there were other portraits we were making this film for. We spent about ten nights at this railway station trying to photograph “lost” people. The metaphor of voyeurism was an idea that I think only came to mind later on. I don’t remember whether it was in the screenplay. We just thought that the dramaturgical material in this film was extremely woolly. The film’s action does not really develop, because there is no way for it to develop, and that’s why we put in an observer: someone who seems to know everything about these people. In fact he knows nothing, but it seems to him that he does know something. The film is not about him. During the filming I occasionally understood that I was in a place I didn’t want to be in at all. We were shooting at the railway station at night. Among other things, we were trying to observe with a hidden camera the funny reactions of people – not completely hidden, as we only covered it a little with our backs or put it far away and used a long lens – […] but we managed to shoot a few funny portraits.” (Krzysztof Kieslowski)