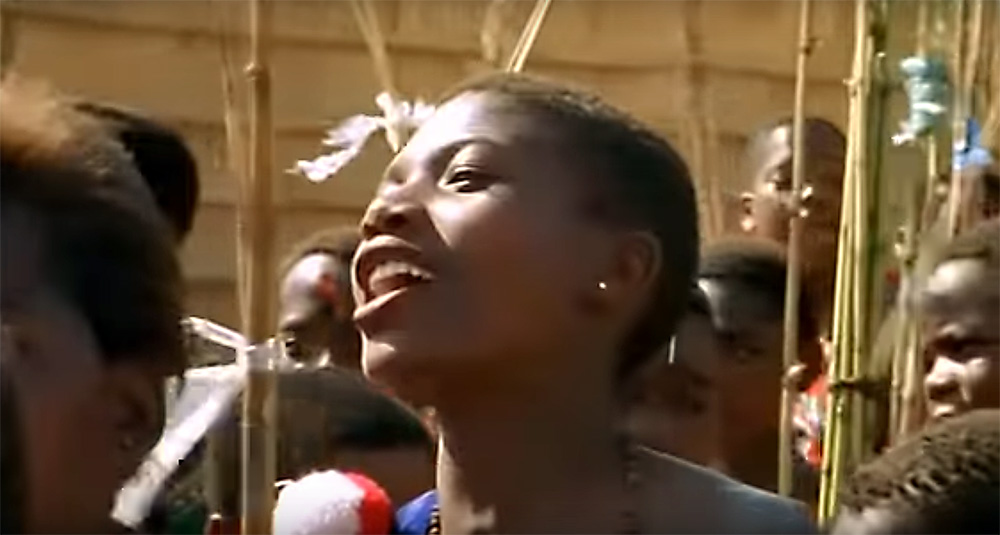 Story
“Swaziland is dying because condoms spread AIDS. There was no AIDS when there were no condoms available”, say many Swaziland citizens. The annual Reed Dance lasts six days. A large group of girls set out to cut reed; for six days they dance before the King, hoping to be chosen to become yet another of his wives or concubine.

There are two groups of protagonists in the film: King Mswati III and the members of the royal family, and four fifteen-year-old girlfriends, students from one school, who think what to do to make the King notice just one of them during the Reed Dance and choose one of them for his wife or concubine.

Towards the end of the film , we see the fabulous, colorful, half-naked Reed Dance, and we begin to realize that many of these thousand beautiful girls will soon die of AIDS.