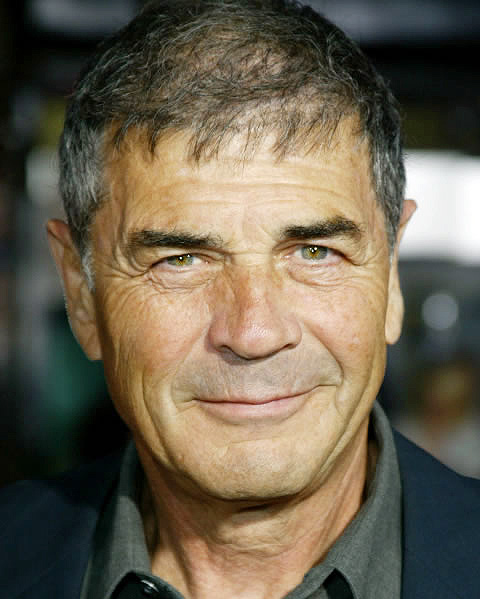 Academy Award® Nominee and “Grindhouse Giant” (according to the NY Times) Robert Forster is known for his solid work in films from the top to the bottom of the business. Robert’s Oscar-nominated role of Max Cherry in Quentin Tarantino‘s Jackie Brown marked the beginning of what he calls the ‘third act’ of his career — now spanning over five decades.

Robert has appeared in over 100 films. The old ones, starting in 1966, include Reflections in a Golden Eye, Medium Cool, The Stalking Moon, Alligator, Vigilante (the Blu-ray release of which earned him the moniker “Grindhouse Giant”), The Black Hole and Stunts, and the TV series Banyon. Then for 13 years he played villains – starting with Delta Force (1985), ending with one of his all-time favorites, American Perfect (1997).

Since his Oscar-nominated role of Max Cherry in Jackie Brown (1997) his films include What They Had, London Has Fallen, Automata, Survivor, Olympus Has Fallen, Best Picture Nominee: The Descendants, Middle Men, Ghosts of Girlfriends Past, Thick as Thieves, Like Mike, Me, Myself & Irene, Firewall, Lakeboat and Diamond Men and TV series including The Return of Twin Peaks, Backstorm, Last Man Standing, Breaking Bad, Intruders, Alcatraz, Heroes, Huff!, Karen Sisco and Fastlane.

Robert’s roots in the theater date back to his Broadway debut in the 1965 two-character play, Mrs. Dally Has a Lover. Robert has worked on and off Broadway and on tour in classics such as A Streetcar Named Desire, Twelve Angry Men, The Glass Menagerie and One Flew Over the Cuckoo’s Nest, as well as in The Pasadena Playhouse production of In the Moonlight, Eddie and in the world premiere of Josh Ravetch’s musical Chasing’ries at the Geffen Theater. Among Robert’s favorite roles is that of Ronald Regan in the one-man show, The Lifeguard, portions of which he was able to perform at The Geffen for former First Lady Nancy Regan herself.

In addition to his work in film, television and theater, Robert records audio books, including the best-seller “Hit Man“, and Elmore Leonard‘s “Mr. Paradise“, and delivers his speaking program, Interacting, to a variety of groups – from acting classes to graduating classes; baggage handlers to CEOs; and once (he’s pleased to report) to a group of white-collar criminals in a detention facility. He developed this program during the self-termed “sliding second act” of his career. Interacting is like a stand-up act with a “Menu” of positive stories instead of jokes … and a few jokes too. The stories are the lessons of his life and outline several guiding principles — respect, responsibility, parenting (even without children), excellence, and raising any job to the level of an art form.