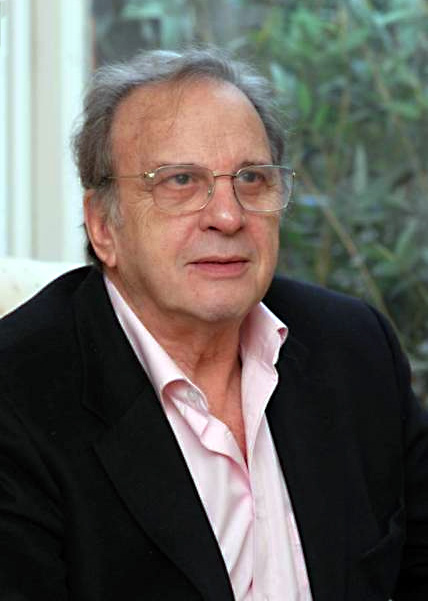 Ronald Harwood was born in South Africa in 1934. Playwright, novelist and screenwriter.

His plays include The Dresser, The Deliberate Death of a Polish Priest, Interpreters, J.J. Farr, Another Time, Taking Sides, The Handyman, Quartet and Mahler’s Conversion.

He was made Fellow of the Royal Society of Literature in 1974 and was Visitor in Theatre at Balliol College, Oxford in 1985. He was President of English PEN, 1989-1993, and President of International PEN, 1993-97. He was Chairman of the Royal Society of Literature. In 2005 he was elected President of the Royal Literary Fund. In 1996 he was appointed Chevalier de l’ordre National des Arts et des Lettres. In 1999, he was appointed a CBE. He was awarded an Honorary Doctor of Letters by Keele University in 2002 and made an Honorary Fellow of the Central School of Speech and Drama in 2007.