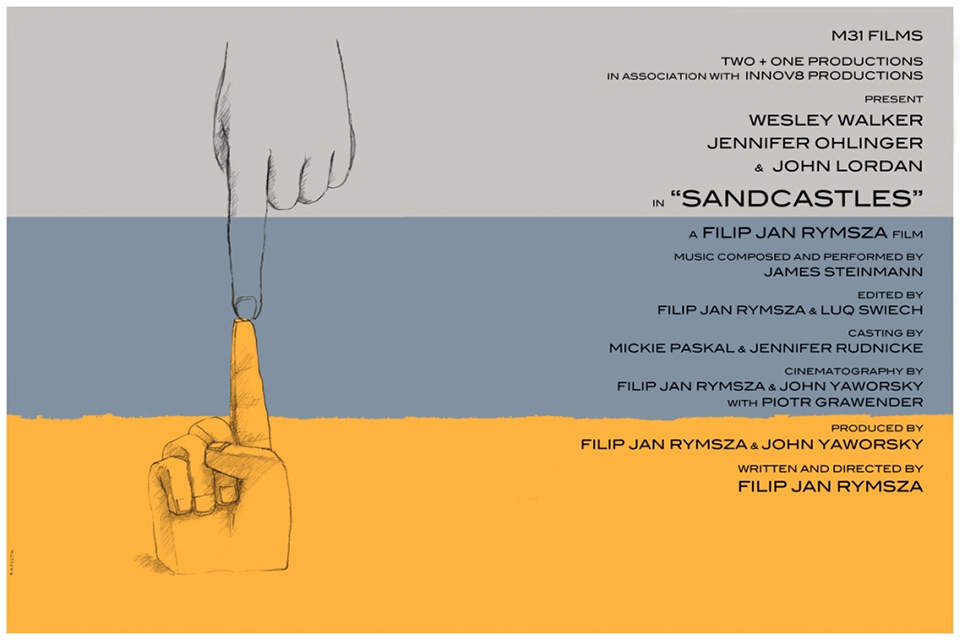 Traveling from morning to night, Sandcastles chronicles a day in the life of a construction worker named Getz. Getz wakes up alongside a highway. His wallet and cell-phone are missing. With no recollection of the previous night, he returns home. On his answering machine he finds a message from himself…to himself: ‘I called you out of work today.’ For a laborer who’s devoted his entire, lonely life to his job and has, for years, worked seven-day weeks, this is a first. And with his routine disrupted, Getz can’t help but puzzle over the riddle of his self-excused absence. All he knows is that it has something to do with Karina, whom he met at a bookstore months earlier, and Virgil, whom he’s never heard of, but whose name now appears on his cell-phone’s greeting. Sandcastles and its companion film Dustclouds travel in a ceaseless loop, forming a diptych titled Sunday Morning Sublime. Each film starts where the other leaves off and can be seen independently or together. Different stories emerge depending on the order in which they’re viewed.