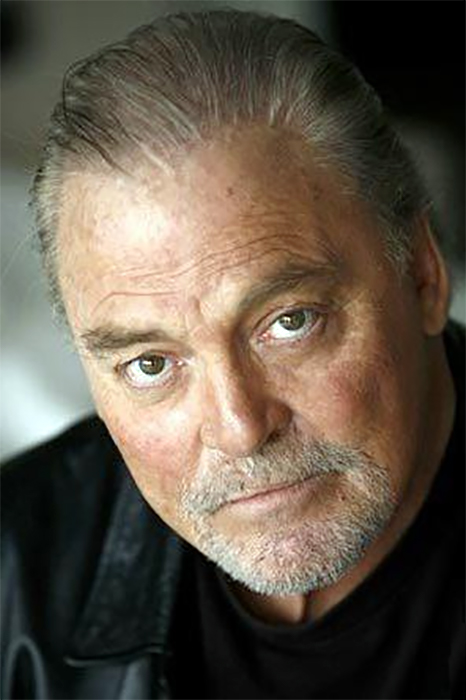 In addition to his motion picture and television accomplishments, Stacy Keach is one of America’s most acknowledged Shakespearean actors, also celebrated in England where the Bard is in the blood. A New York Times review dubbed him “The finest American classical actor since John Barrymore.” He’s received a Best Actor Golden Globe, been nominated for Emmy and Tony awards, won Three Obie’s, Three Vernon Rice awards, the Helen Hayes Award, and the Prestigious Millennium Recognition Award for his outstanding contribution to the classical theatre. Understandably, his Shakespearean readings (sold on his popular website www.StacyKeach.com) are among the nation’s best-selling classical CD’s.

In fact, sales skyrocketed after Keach took on his recent co-starring role on the raucous TV series Titus, which enjoyed three seasons on Fox. The actor’s gleeful take on the role of Ken Titus, an imposing father from hell, was celebrated by Tom Carson in Esquire Magazine:

“Every week, Christopher Titus… vents about every guy’s most unresolvable obsession: Dad. Ripsnortingly played by Stacy Keach, Titus’s father is a howlingly funny caricature of benighted macho ebullience-a barrel-chested, outrageously self-delighted womanizer and lush who’s a master at making Titus and his slow-witted brother, Dave (Zack Ward), feel inadequate by yardsticks they never even wanted to measure up to…yet one reason for casting this old Method mountebank…is that Keach isn’t slumming as much as he probably thinks. Under the burlesque surface, the premise isn’t just Death of a Salesman retold from the son’s point of view and lacking the happy ending Arthur Miller’s title promised; what with that batty mother in The Wings, it’s practically Long Day’s Journey Into Night put through a trash compactor and turned into deliriously stupid farce.”

No wonder the TV Guide issue dedicated to “TV’s Top MVPs for 2002” celebrated Keach as being one of the five “most valuable” supporting performers on television – any gender, any genre, any network. The issue was the publication’s “second annual salute to television’s most valuable and inspiring achievers.”

Although recognized for richly varied film performances for over three and a half decades, Keach is known worldwide for his classic portrayal of Mickey Spillane’s archetypal private eye Mike Hammer. But above all, he is a consummate actor who is equally at home on stage, film or television.

Keach started acting in theatre at an early age. He came to prominence on stage in the 1960’s, and entered films in 1968, landing a solid supporting role in The Heart Is a Lonely Hunter. He appeared in many counterculture-driven films of the early 1970’s, including End of the Road, Brewster Mccloud, Doc and John Huston’s Fat City. He contributed a funny cameo to Huston’s The Life and Times of Judge Roy Bean. Keach also notably portrayed an L.A. cop in The New Centurions. He was chilling as an easy going homicidal sheriff in The Killer Inside Me, a stunning adaptation of a Jim Thompson novel that went virtually unnoticed until it was later released on video. He became a youth audience icon with his comedic portrayal of Sgt. Stedenko in both Cheech and Chong’s Up in Smoke and in Cheech and Chong’s Nice Dreams. Other top Keach portrayals occurred in The Traveling Executioner, That Championship Season, The Ninth Configuration and Escape from L.A. His range has been reflected in his performances as the title character in the John Osborne classic tale, Luther, a film about the man who began the Reformation, as Barabas in Franco Zefferlli’s masterful film depicting the life of Christ, or as an evil neo-Nazi in the brilliantly disturbing American History X.

One of Keach’s most powerful characterizations, his Golden Globe-winning portrayal of the talent-tormented, larger-than-life author Ernest Hemingway, a much-honored mini-series, has become a hit video. Released by Lance Entertainment as a five-hour feature on two discs, Stacy Keach as Hemingway has moved quickly to record video store sales. Filmed on most of the actual sites of Hemingway’s tumultuous life, the film features Keach with Josephine Chaplin, Marisa Berenson, Lisa Banes and Pamela Reed as the author’s four wives. Of the production, the New York Times states, “A lavish film biography…the essence of the man and the writer…Keach is powerful.” As a result of the success of the video release, Simon & Schuster has contracted Keach to record for audio release the entire body of Hemingway’s shorter works, including The Snows of Kilimanjaro.

Keach was born in Savannah, Georgia, on June 2, 1941. He studied drama at the University of California at Berkley, Yale Drama School, and the London Academy of Music and Dramatic Art where he was a Fulbright Scholar. His classical performances include starring roles not only on the New York and London stages, but also at the Shakespeare Theatre in Washington, DC.

It was when he opened in the title role of Hamlet in New York’s Central Park that critic Clive Barnes, then of the New York Times, paired him with John Barrymore as the greatest American Classical actors. Some years later, when he played the title role in Rostand’s Cyrano de Bergerac, the New York Post dubbed him “a national treasure.” His parents tell the story that the night he was born, there was a fire at their small house due to the fact that lightning hit the chimney and it caught on fire.

Coincidentally, Keach has become one of the most powerful voices nationally in helping homeowners protect themselves from fire. He is the Communications Industry Ambassador for Firewise, a national effort to educate the public in defense and protective measures to secure dwellings in Wildland / Urban Interface communities. The 8,000 American communities that interface with fire-prone natural habitats are areas where periodic burns are part of the natural process. The Firewise campaign is conducted by the National Fire Protection Association, a partnership including such concerned entities as the Department of Agriculture, FEMA, the Forestry Service, the Red Cross and the National Association of Fire Marshalls. Keach narrates the powerful NOVA special on the subject, “Fire Wars,” airing on PBS on May 7, 2002.

His father, Stacy Keach, Sr., has been a successful actor, producer, writer and director for over fifty years. He created, produced and directed the legendary Tales of the Texas Rangers for NBC Radio in the early 1950’s. The show still airs and was also included in the Smithsonian Archive Presentation of the most famous Radio Detective shows of the 20th Century. In the world of commercials, Stacy Sr. has recently played the crotchety old chairman of the board for Psi.net. He also was a great role model for both Stacy Jr. and his brother, actor/director James. The Keach brothers together produced one of the big screen’s classic westerns, The Long Riders, with Stacy and James Keach, but also Dennis and Randy Quaid and David and Keith Carradine.

Keach’s classical training has anchored his wide-ranging body of work. During the summers of his college career at the University of California at Berkeley, back in 1962 and 1963, he attended the Oregon Shakespeare Festival in Ashland, Oregon and got his first taste of Shakespeare. He played the title role in Henry V, Berowne in Love’s Labors Lost, Mercutio in Romeo and Juliet, and Antipholus of Syracuse in Comedy of Errors. His performances caught the attention of critic Henry Hewes (The Saturday Review), and it wasn’t long before Joseph Papp, the late founder of the New York Shakespeare Festival, gave Keach his first professional job in the theatre, playing Marcellus and The Player King in Papp’s production of Hamlet. At the end of that summer (1964), Keach received a Fulbright Grant to continue his studies at the London Academy of Music and Dramatic Art in England, (LAMDA), and he sailed off to the British Isles to study in the homeland of the Bard. During that year, he absorbed all of the theatre he could, seeing his hero Laurence Olivier perform Othello, as well as great performances by Ian Holm as Richard 3, and David Warner as Richard 2 and Hamlet. It was during that year that Keach began to focus his sights on one day becoming a great Hamlet himself, and he began by becoming a great fencer.

In the year 2000, Keach received a Millennium Recognition Award from the Shakespeare Theatre in Washington, D.C. (where he has played the title roles in Richard 3 and Macbeth) for his contribution to classical theatre in America. In 1968, at age 27, he played Falstaff in both parts of Henty IV for the New York Shakespeare Festival, the bastard Edmund in Lee J. Cobb’s King Lear at the Lincoln Center, the title role in Coriolanus for the Yale Repertory Theatre, as well as Feste in Thwelfth Night, Autolycus in The Winter’s Tale, and Banquo in Macbeth for Public Television in New York.

Next year, in the spring of 2003, Keach will climb another mountain, playing the title role of King Lear in a co-production with the University of Texas and the Austin Shakespeare Festival. Even though this is his first Lear, he hopes it will not be his last. He has played Hamlet three different times, beginning at the Long Wharf Theatre Company at the Mark Taper Forum. Keach describes his first incursion with Lear as “a chance to learn the lines and find out where the laughs are.”

Keach has been the Honorary Chair for the American Cleft Palate Foundation since 1994, and was recently named International Spokesman for the World Craniofacial Foundation. He has also been working with Senator John McCain in an effort to pass Congressional legislation requiring insurance companies to consider Cleft problems, surgeries, and therapies as “reconstructive” rather than the current “cosmetic” definition, which currently allows insurance companies to ignore financial aid to families affected by this condition. “Every family that has a child with a cleft should be entitled to medical coverage. It is criminal that insurance companies deprive needy people, simply out of greed. We are working to do something about that”.

Stacy and his Polish-born wife, Malgosia, live in Malibu, California with their two children.