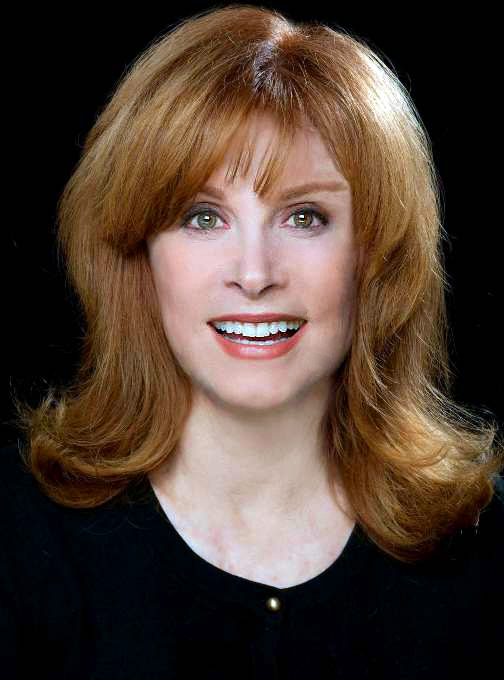 Stefanie Powers began her career at age 15, dancing for famed Broadway choreographer, Jerome Robbins. She was put under contract to Columbia Pictures in the final years of the Hollywood star system. While under contract, she appeared in 15 of the 31 motion pictures she has made, co-starring with screen legends such as; John Wayne, Maureen O’Hara, Lana Turner, Ava Gardner, Cliff Robertson, Elliot Gould, Roger Moore, Donald Sutherland, Bing Crosby, Glenn Ford, Lee Remick, James Caan and Sammy Davis. She recently co-starred with Richard Chamberlin in the critically acclaimed independent film, Three Days of Hamlet.

Her first television series, The Girl From U.N.C.L.E., marked a milestone in U.S. television’s history as the first hour-long series featuring a female in the leading role. Her television career includes over 25 mini-series; over 200 episodic guest starring appearances; 35 movies for television and two more television series, Feather and Father and the popular, long-running hit Hart to Hart, starring opposite Robert Wagner.

Throughout her career she has never neglected her theatrical roots, appearing in productions of  How the Other Half Loves, Under the Yum Yum Tree, Sabrina Faire, View From the Bridge, Oliver, Annie Get Your Gun, The West End Debut of Matador,  off-Broadway in The Vagina Monologues and back to the West End with Robert Wagner in Love Letters, which also toured the United States.

She once again appeared in the UK in the West End production of The King and I, which also toured the United States for ten months. As a result of the successful remounting of the musical Sunset Boulevard at the Ogunquit Playhouse, a US revival is being planned. She appeared once again in the UK in 2012 co-starring opposite Richard Johnson of Royal Shakespeare Company fame, in the play, On Golden Pond and she recently toured the US with Looped, playing Talulah Bankhead.

This past year, Stefanie originated the role of “Joanne” in the Broadway production of Half Time, which was choreographed and directed by Jerry Mitchell.

Stefanie’s memoir, One From the Hart, was published by Simon and Schuster. She also recorded a CD with the legendary jazz artist Page Cavanaugh called On the Same Page, available online at Jambomusic.com. She also created and performed her one-woman show, Hart of My Heart, a tribute to the life and the lyrics of Lorenz Hart, at the newly opened Matcham Room at the Hippodrome as well as in New York. The New York times critic Stephen Holden stated: “With her bright, crisp delivery, impeccable enunciation, steady intonation, and forthright musical personality, Ms. Powers has a vocal presence that suggests gleaming sunlight on glass.”

As much a part of her life as her career, is her devotion to animal preservation and protection, which at times becomes more of a vocation than an avocation. She is founder and president of the William Holden Wildlife Foundation, established in 1982 to continue and to further her long-time partner’s conservation work in East Africa after his death.

She was appointed conservation consultant to Jaguar and Land Rover after creating the Jaguar Conservation Trust which she has operated in Central America. She has been on the advisory board of four zoos in the United States and is a fellow of the Los Angeles Zoo, the Explorers’ Club, and the Royal Geographic Society. She is active in the movement to {donotparse}preserve and protect the remaining herds of the North American wild horses and has received numerous international awards for her grass roots work in conservation which she considers a life-long commitment.