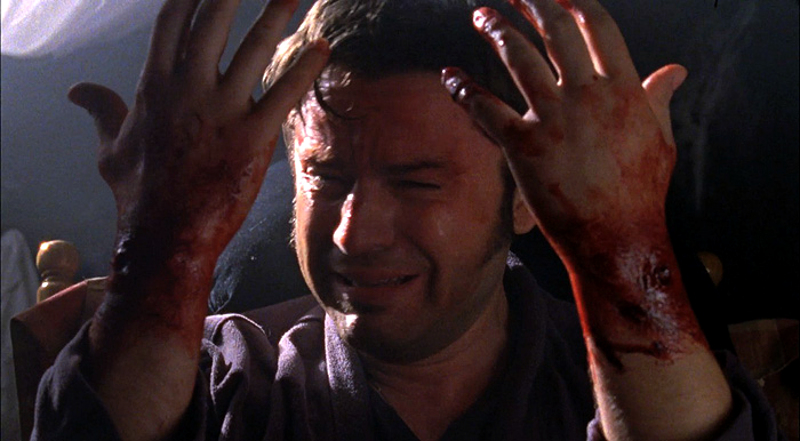 Gabriel is a psychic. He pretends to speak with spirits. One night he has a violent nightmare of a Christ-like figure being crucified. As he awakens he discovers a wound on his stomach. In the hospital he meets father Nolan, a priest who offers him help. That night he is visited by Olympia, a woman who just heard that she is infertile. He receives a violent vision but he decides not to share this revelation with Olympia. He decides to meet with father Nolan. 33 days later Gabriel’s wounds seem to heal. He is visited by Olympia who is now pregnant. Gabriel realizes his visions are coming true and his life is about to change dramatically.