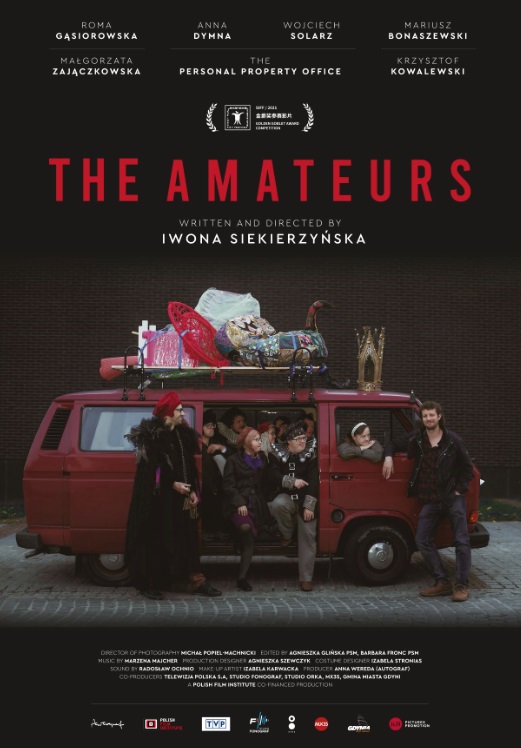 Award of the Network of Studio and Local Cinemas
Best Film

The story begins when Krzysiek’s theatre group called Personal Property Office (the members of which are actors with intellectual disabilities) wins the festival and the award sponsored by a professional theatre. They are given a chance to stage a show. Great joy, great opportunities, great expectations. Krzysiek and the actors are currently working on a new play, Zorba the Greek. It would be wonderful to perform it on a real stage. It turns out that the theatre director attaches certain conditions to his offer of collaboration.

The director has received a grant as part of the programme that promotes Shakespeare and activates people with disabilities. If they want to perform in a professional theatre, they have to follow the rules. Krzysiek has doubts… Yet, he decides to face the challenge. They begin rehearsals with the participation of professional acrtors and Wiktoria, a celebrity and a famous star. Krzysiek’s actors are instantly impressed by Wiktoria’s charm. During one of the rehearsals, the theatre director decides the main role can’t be played by Mary, Krzysiek’s sister. The director is ruthless: there won’t be any premiere with toothless, lisping Mary. The protagonist should be played by a younger, prettier actress with better diction. Wiktoria! Krzysiek agrees to replace the cast.

Time pressure, fascination with Wiktoria… The premiere must take place, but will it make Krzysiek proud?