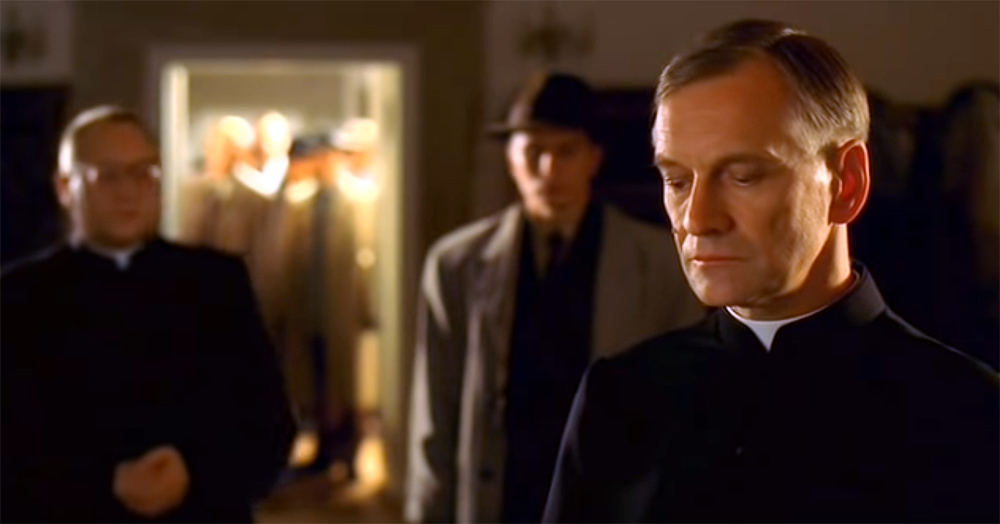 Story
Poland in the early 1950s. The communist government takes repressive measures against Catholic Church. Many priests and bishops are arrested and accused of anti-State activities. In his open speeches, Cardinal Stefan Wyszynski radically opposes unlawful actions taken by the authorities. President Bierut decides to eliminate his political opponent and isolate people’s spiritual leader from the society. Primate Wyszynski is taken into custody in a deserted cloister in Stoczek Warminski. He is accompanied by a Priest, Stanislaw Sorodecki and a nun, Leonia, who is at service of Security Office and must write reports on everything she witnesses. The authorities hope that repression , both in physical and psychical form, will make the Cardinal resign and give up his post in Catholic Church. Strong faith and activity of priest Skorodecki help the Cardinal persist.