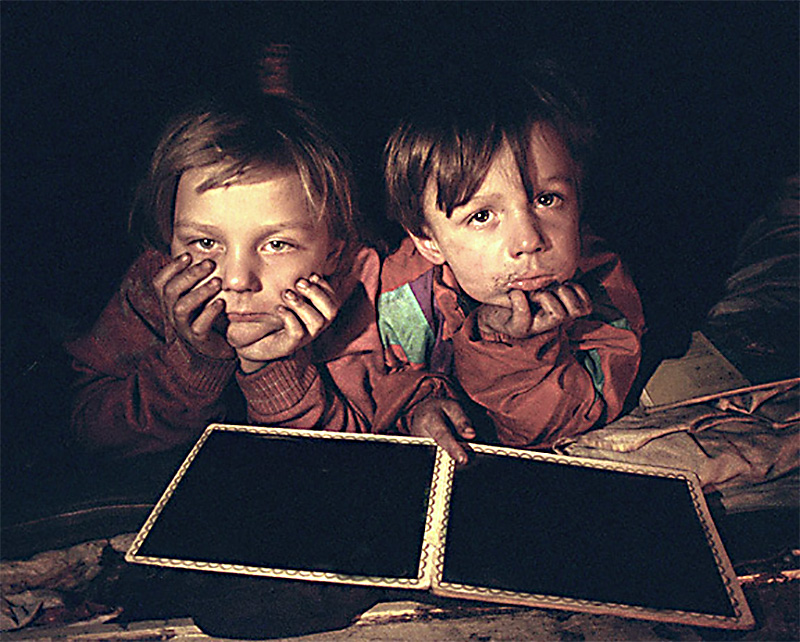 Story
Through the halls of a Leningradsky, Moscow , railway station, children play every day. On the platform, young ones are seen sleeping and joking with one another. These high-spirited children spend their days and nights in the station begging for money and food. As time goes on, their desperate need to survive turns them into violent criminals, defending themselves from older children who steal from them and pedophiles who take advantage of them.

The Children of Lenigradsky explores the plight of thousands of homeless children who live in Moscow ’s train stations. Sleeping in stairways, garbage containers and underground tunnels, they panhandle or prostitute themselves for money, and sniff glue to curb hunger and escape from the violent world around them.