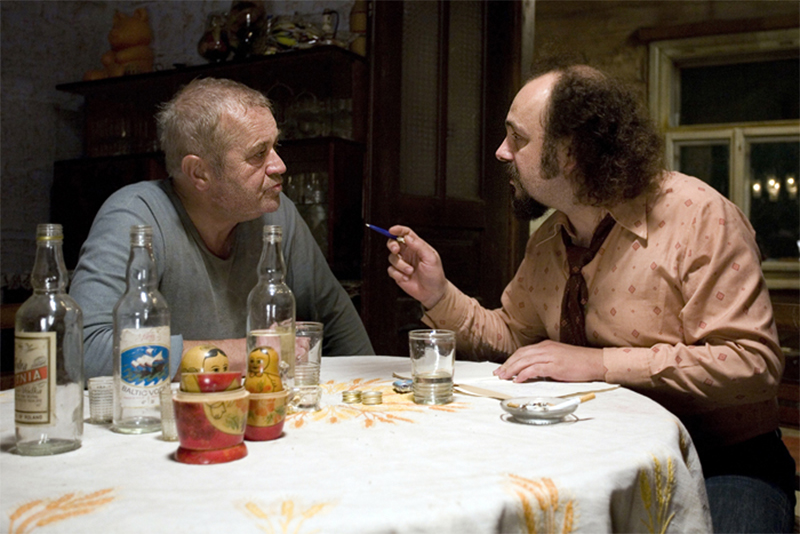 The story follows two parallel plots. The first plot depicts events of one autumn night in October 1978. Edward Srodon, a zoo technician, makes an accidental stopover in a farmhouse of Dziabas family in the remote area of Bieszczady Mountains. He stays for the night. The initial distrust between the guest and his hosts is quickly dispelled with moonshine and turns into warm camaraderie and even friendship.
The second plot is set on a winter day in February 1982, during the Martial Law in Poland. An investigating team of People’s Militia (police) is visiting a crime scene. Lieutenant Mroz is trying to solve the multiple murder case from four years ago.