The Death of Cavalry Captain Pilecki 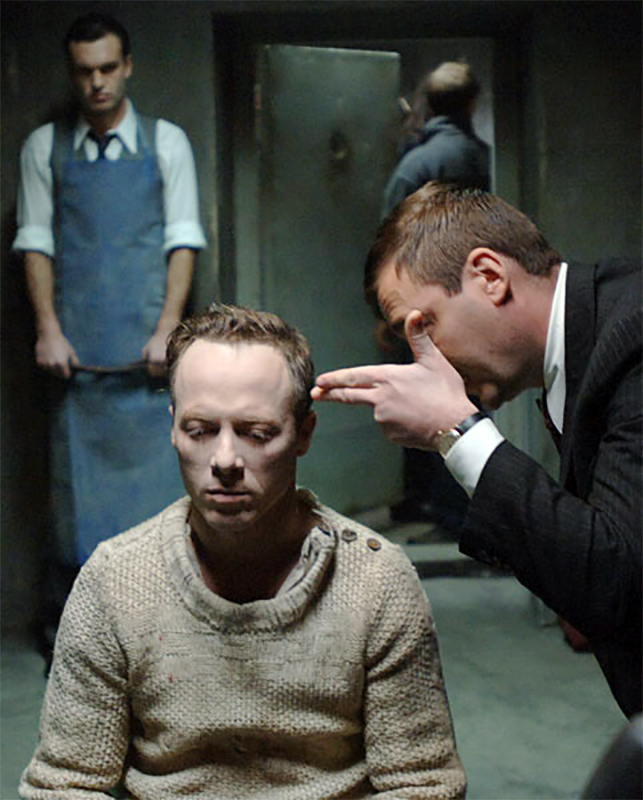 The film recounts the story of the trial of Captain of Cavalery Witold Pileckiin in 1947/1948.

In 1920, while still a student at a junior high school, Witold Pilecki participated in the defense of Vilnius against the Soviet army. During the September 1939 campaign the division under his command destroyed 7 tanks and shot down 2 planes of the enemy. In 1940, during a random street arrest in Warsaw’s district of Zoliborz, Commander Pilecki allowed the Germans to detain him and deport him to Auschwitz. His goal was to create an underground military unit within the concentration camp, organize an attack of Home Army units coordinated with an air-bombing campaign by the allied forces, and liberate the camp. After two years of imprisonment and the failure of these plans he escaped from Auschwitz. During the Warsaw Uprising in 1944, Pilecki was the commander of the Second Compaign of the First Batallion of the Army Group “Chrobry II”. Afterwards, he found his way to the West and joined the Polish Army led by General Anders.

In 1945 he received an order to return to Poland and continue working in the underground military unit „NIE” („No”) created a year earlier by Colonel „Nil” Fieldorf.