The Introduction of Christianity, A.D. 965 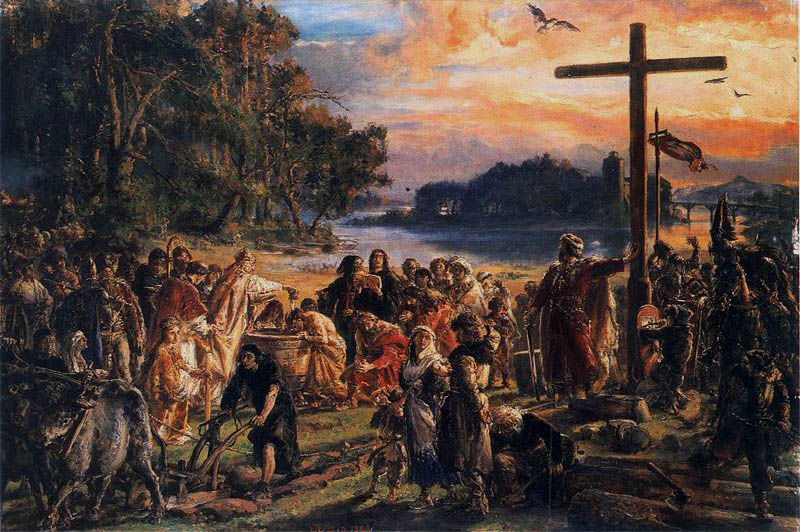 This important painting by Jan Matejko depicts an event usually considered the beginning of Polish history. Completed in 1889, it is the first in Matejko’s series “The History of Civilization in Poland.”

The Baptism of Poland was a turning point in the country’s history and culture. Matejko’s work reflects the state of historical knowledge about the event at the end of the 19th century. The painting contains many hidden meanings and symbols, which are discussed in the film. Matejko’s characters share the hopes and doubts they have with regard to this extraordinary event, while historians discuss various concepts concerning the beginnings of Polish statehood.