The Mill and the Cross 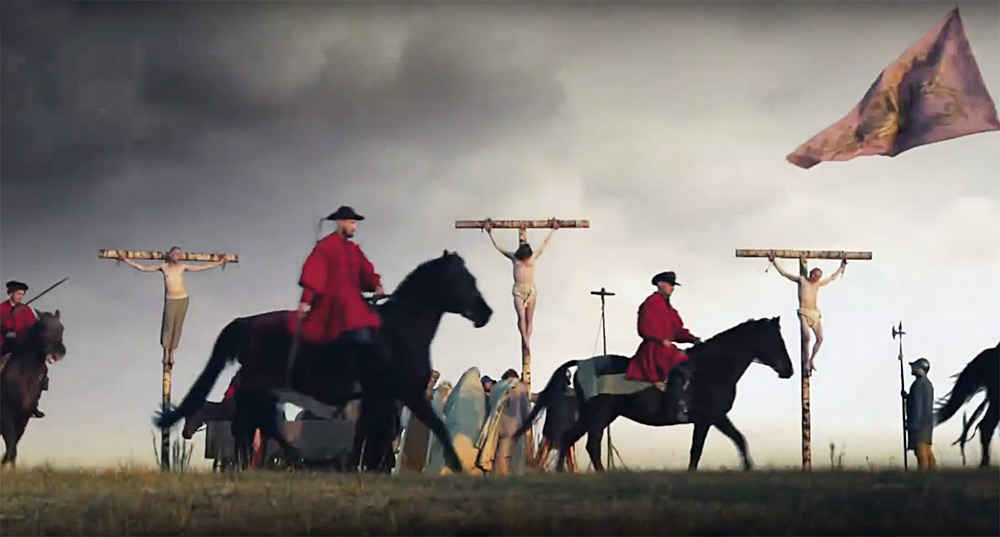 Pieter Bruegel’s 1564 epic masterpiece, The Procession to Calvary, portrays Jesus staggering to his crucifixion, lost in a panoramic landscape crowded with hundreds of villagers and red-caped horsemen. In depicting Jesus’ plight as one among many vignettes, while soldiers on horseback loom threateningly, Bruegel boldly transposes Christ’s passion and death to sixteenth-century Flanders – a time when the Belgian people were suffering terribly under brutal Spanish occupation. Now one of Poland’s most adventurous and inspired filmmakers, Lech J. Majewski, translates The Procession to Calvary into cinema, mischievously inviting the viewer to live inside the aesthetic universe of the painting as we watch it being created. As various lives unfold within the film frame, Bruegel, too, appears as a character, capturing shards of their desperate stories on his canvas-in-the-making.

A vibrant meditation on art and religion as ongoing, layered processes of collective storytelling and reinterpretation, THE MILL AND THE CROSS is also a feast of stunning visual effects and a provocative allegory.

The interview with Lech J. Majewski