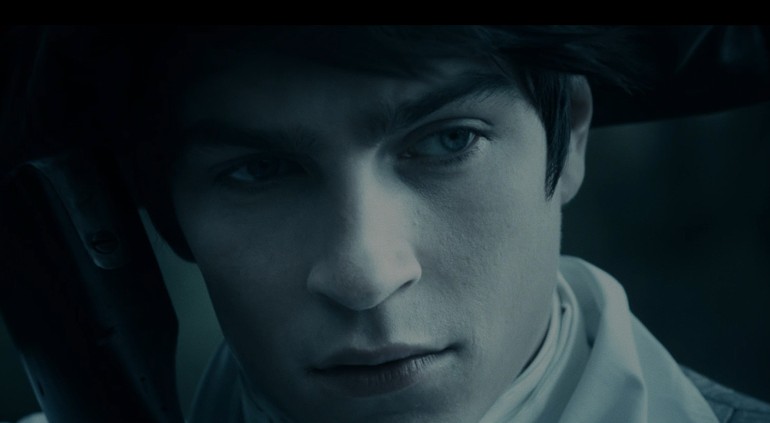 The Nixie is a dark folk tale, based on an old Polish legend, immortalized by Adam Mickiewicz in a poem with the same title. It tells the story of a water nymph who takes on a human form to seduce a young man she encounters in the forest. Mesmerized, he makes a vow of love towards her, and the woman transforms back into the nymph to test his love. The young man, who does not know that the nymph and the woman are the same, succumbs to her mystical beauty and breaks his vow. The nymph then takes her revenge by pulling him into the lake, where he will eternally remain as his punishment. The film begins in a life-like world and slowly morphs into the fantastical as the line between the real and the mystical blur. A coming-of-age fairytale, is a modern, seductive, filmic poem with a catchy new wave soundtrack for this timeless cautionary tale.