The Perfect Guy for My Girl 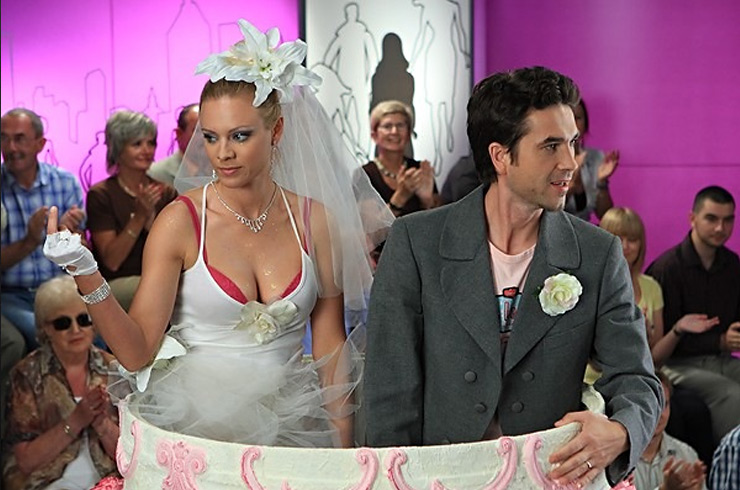 Cast
Story
The film tells the story of Kostek who falls madly in love with Luna.

The situation is complicated by the fact that Luna is an instructor of Krav Maga, a brutal martial arts system and he is a composer of sacred music. She is fascinated by feminism; he is very conservative.

She, after having had an unhappy love affair with a married television journalist, Robert Plesica, has entered into an intimate relationship with a woman who is the leader of Polish feminists; he – after the fiasco of his engagement period with the sound director, Kasia – has immersed himself in loneliness.

One might have the impression that these two people do not have any chance to ever be together but destiny touches their lives in such an unpredictable way that the impossible becomes the possible. Will Luna and Kostek take advantage of this opportunity . . . ?