The Shuysky Tsars at the Warsaw Seym 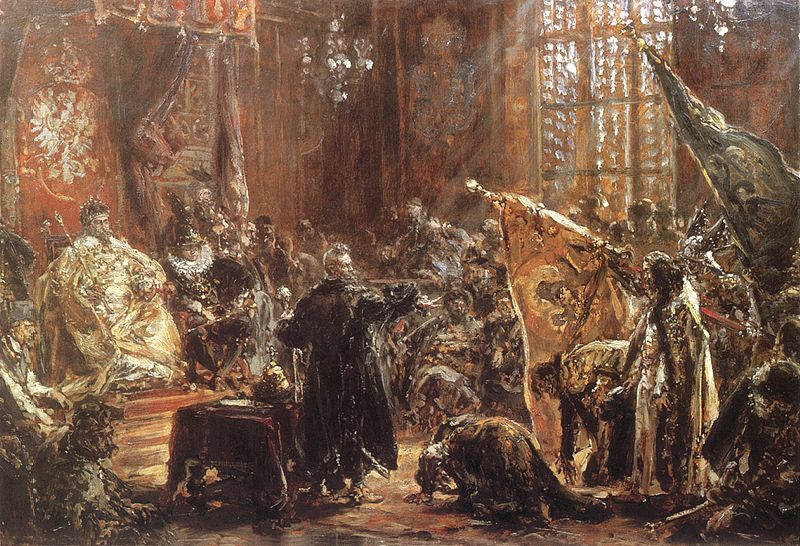 This 1892 painting depicts a little-known event in Polish history when Tsar Vasily IV Shuysky, along with his brothers, paid tribute to the King of Poland, Sigismund III Vasa, following the defeat of Russian troops at the battle of Klushino, on July 4, 1610. This was an unprecedented victory for the Polish-Lithuanian Commonwealth, which then regained the strategically important fortress of Smolensk that it had lost in 1514. For centuries, the tribute was a thorn in the side of Russian Tsars, who sought to suppress all memory of the event and destroy the documentary evidence. Even today, this unwillingness to admit that Russia had once been humiliated by Poland continues to be the topic of a lively debate. Jan Matejko approached the subject twice: in 1853, when he was 15, and a year before his death, when he did the oil sketch that our film brings to life.