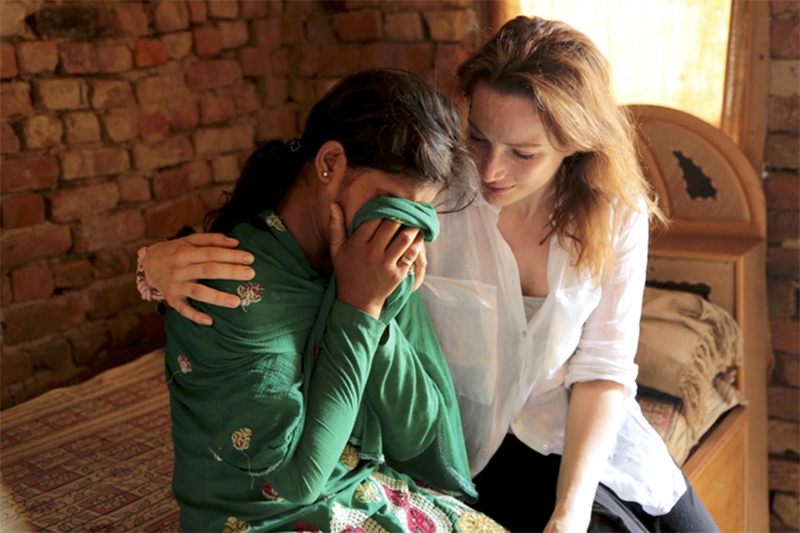 India. Over a billion citizens, a buoyant economy and a multitude of cultures and contrasts. Despite being the world largest democracy, many if not most women in India live under the threat of violence everywhere they go: in the street, at the cinema or in a rickshaw. Delhi is the most dangerous city. There are twice as many rapes there as compared to Mumbai. The victims are usually young women, educated, fashionably dressed and ambitious, on their way back from a coffee house, shopping or a date.

Two years ago, in December 2012, six men brutally gang raped a 21-year-old student in Delhi. Not a fortnight later, Nirbhaya died in hospital. She was no exception. It is estimated that three women are raped every hour in India. In the countryside, the victims of rape are usually women from the lower castes. Their bodies are a territory on which the men of higher castes exercise their power.

Anna Dereszowska – a young Polish actress and humanitarian went to Delhi and to Hisar district to meet the victims of brutal rapes (10 and 17- years old) and to investigate the aftermath of the Nirbhaya case. The film seeks to remember the victims, provide them a voice, and honor their courage and resilience.