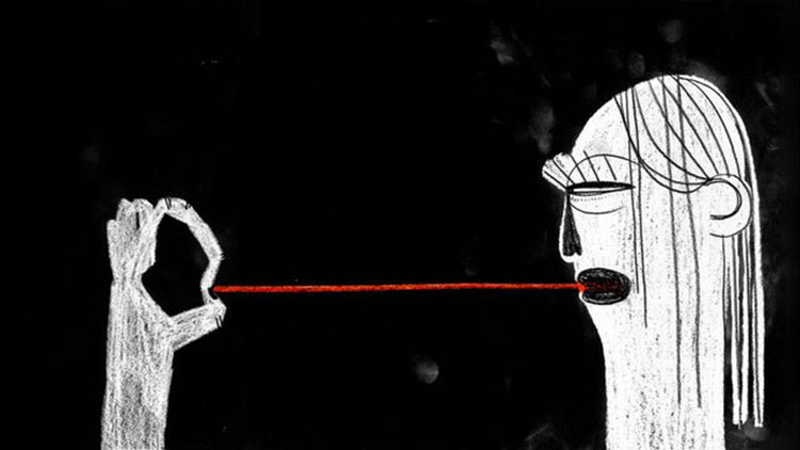 Story
He was handsome, had raven‑black hair and stood by a swing. When he smiled, eyes would stand on end. Life with him was colorful – when he gave rein to his paranoia, she would do whatever he said. She wanted to listen to him talking up all the night. He ate her thighs with relish. And then she stopped pinning her hopes on him. She refused to forgive him betrayal. Ewa Borysewicz’s animation is a secular litany and a story of a relationship, resounding through a tower block estate, which ended with bitter disappointment.