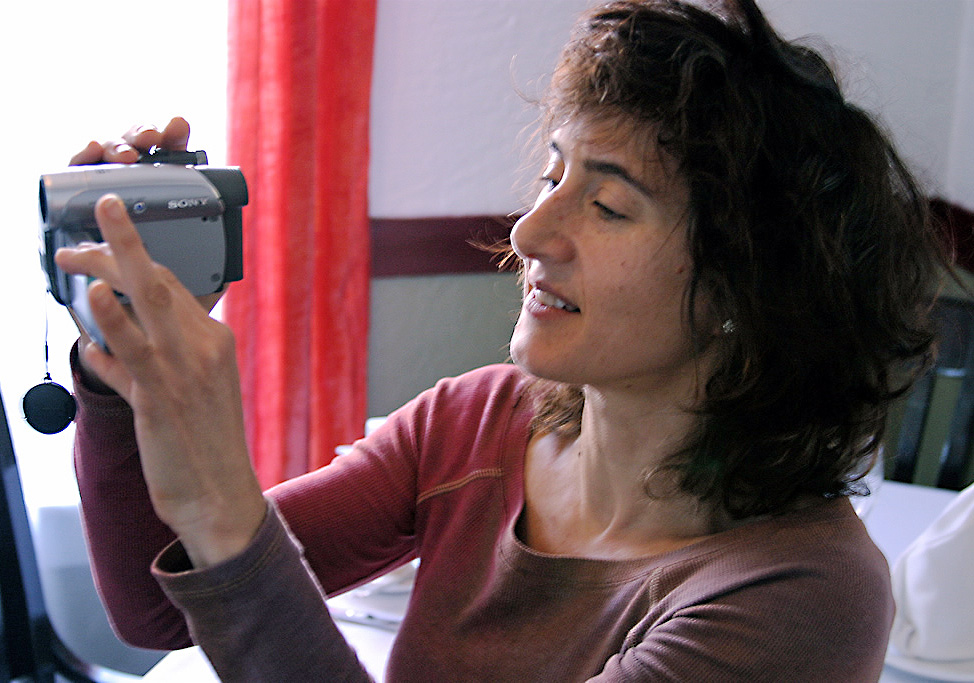 Under the banner of her own production company Ravensong, award winning filmmaker Varda Hardy has written and directed a series of micro films: First Kiss, Stretched Too Thin, Overachiever, Fast Food Dogs and The Thousand Sides of The Moon. First Kiss premiered at the Dragon*Con film festival in Atlanta, was an official selection at the Griffon International Film Festival, the International Mini DV Festival in Los Angeles and at Canada’s Pres Ca court! Stretched Too Thin premiered at the Raindance Film Festival in London where it was selected as a “Best of Raindance Shorts” and the Thousand Sides Of The Moon screened at the Holly Shorts Film Festival then showcased at Cannes. Varda’s feature length documentary Visiting Shane, about the powerful relationships between a dying veteran, his mother, and the hospice volunteers who care for him was selected as a finalist in the Greencine On-line Film Festival and screened at the Hearts and Minds Film Festival. After having aired on PBS stations across the United States and in Canada, Visiting Shane is being distributed on-line. Varda’s short film Window, starring Academy Award winner Louis Gossett Jr., was honored with the “Best Short Screenplay” prize by the Creative Screenwriting Magazine. Window has screened at numerous festivals internationally including the Santa Barbara International Film Festival, The Hamptons Film Festival and The Heartland Film Festival where it garnered the Crystal Heart Award. Moving Pictures Magazine selected Window as one of the best short films of 2006. It went on to win the Audience Choice Award in the magazine’s short film contest and as a reward was screened at the 2007 Cannes Film Festival. Window has been picked up for syndication and aired on networks across the USA. FILMAKA.COM has commissioned Varda to write and direct a Website series called Runaway Stars. The sixteen part series will premier in the spring of 2008. After winning FILMAKA’s Special Jury Prize for her short Sprung starring J.R. Nutt, Varda was chosen to be one of thirty-five directors selected out of eighteen hundred filmmakers world-wide to compete for a feature deal. Varda wrote and directed the short film Lisette starring Marek Probosz as part this FILMAKA.COM competition. Varda in partnership with Karen Lavender and Patrick S. Bennett is currently developing the feature project A Thousand Freeways. As a filmmaker and mother of daughters Paloma and Raven-Varda has dedicated her life to making meaningful entertainment that explores what it means to be human.