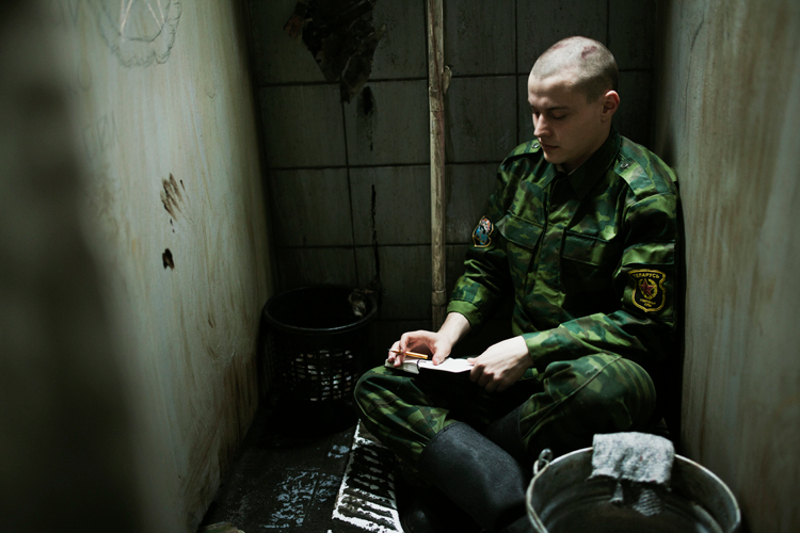 Based on the true story of Franak Viacorka and other Belarusian youth activists, the film Viva Belarus depicts the life and fate of nonconformist youth living in “Europe’s last dictatorship.” The groundbreaking film tells the story of 23-year old Miron, whose true passion is music. When his concert triggers an anti-regime protest, Miron is held responsible. Despite a heart condition, he is forcibly drafted into the army. Serving in a remote unit, Miron faces ideological brainwashing and horrible living conditions. Through a hidden mobile phone, Miron informs his girlfriend Viera about the day to day life of a conscript. She posts his diary on the Internet and it soon becomes a sensation among young people. As a result, the regime tries to discredit Miron and crush his spirit.