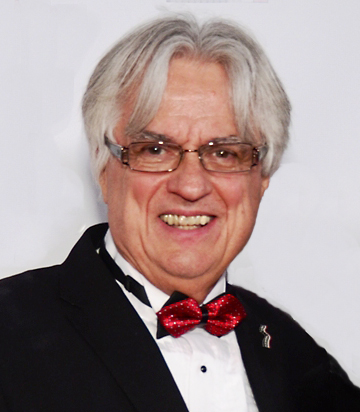 Born in Głogów, Poland. He graduated from the Szczecin Technical University with a degree in Engineering. While attending the University he became a member of The Szczecin Technical University Choir, serving as a President and manager of the group. His travels with the choir took him to Cuba, Canada, India, France, England, Ireland, Holland, Denmark, Germany, Switzerland, Spain, Portugal, Thailand, Soviet Union, Czechoslovakia, Hungary, Philippines and United States where he visited the White House.
When he moved to Warsaw he became the manager of the Polish international star singer Maryla Rodowicz. In Warsaw was responsible for the students’ international cultural exchange at the Headquarter of the Polish Student Association.

After immigrating to the United States he was introduced to producer, writer and director Paul Leder. He worked on 11 films with the late Mr. Leder.

In 1999 he founded the Polish Film Festival Los Angeles and served as the Festival’s Director till 2019.

In 2007 the President of Poland awarded him with the Officer’s Cross of the Order of Merit of the Republic of Poland for promoting Polish culture abroad.

The City of Glogow has awarded him the title of Honorary Citizen of Glogow.

In 2009 was honored with The PoleStar Award.

In 2016 Festival Filmat in Poland awarded him with TURYSTA 2016 for praising Polish values in the world.