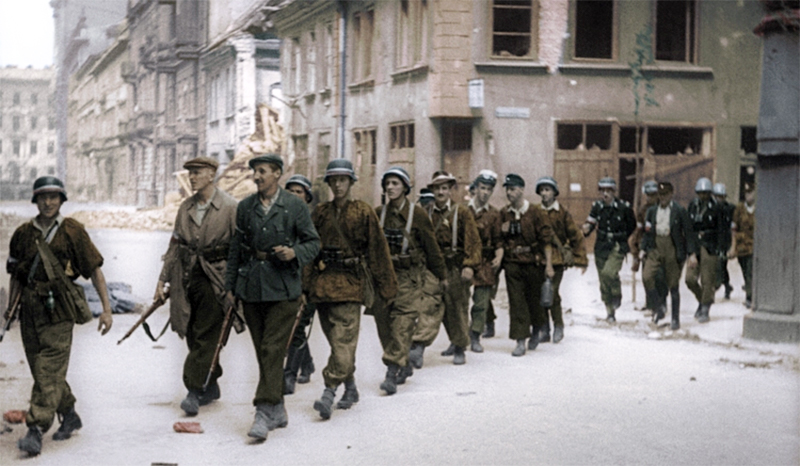 Warsaw Uprising is the first ever film edited entirely from documentary materials of the original chronicles. The creators wanted it to be a movie not so much about the 1944 Uprising itself but rather about people who fought and perished in it.

The story of fighting is shown through the eyes of the two young soldiers of The Information and Propaganda Bureau of The Polish Underground Army and an American air–gunner, shot down during one of his missions who accompany them. Ordered to film the city moving on with its day-to-day existence, they gradually become witnesses of sacrifice, heroism and death. They watch their city being obliterated from the face of the earth never ceasing their mission of documenting the events in order to preserve them for future generations.

Modern technology, such as colorizing and restoring of the archive materials, combined with the expertise of speech readers allowed the filmmakers to retrieve not only insurgents faces but also their voices. Embellished with sound as much as with color the movie becomes an emotional, throat-gripping account of The Warsaw Uprising showing it with unmatched realism.