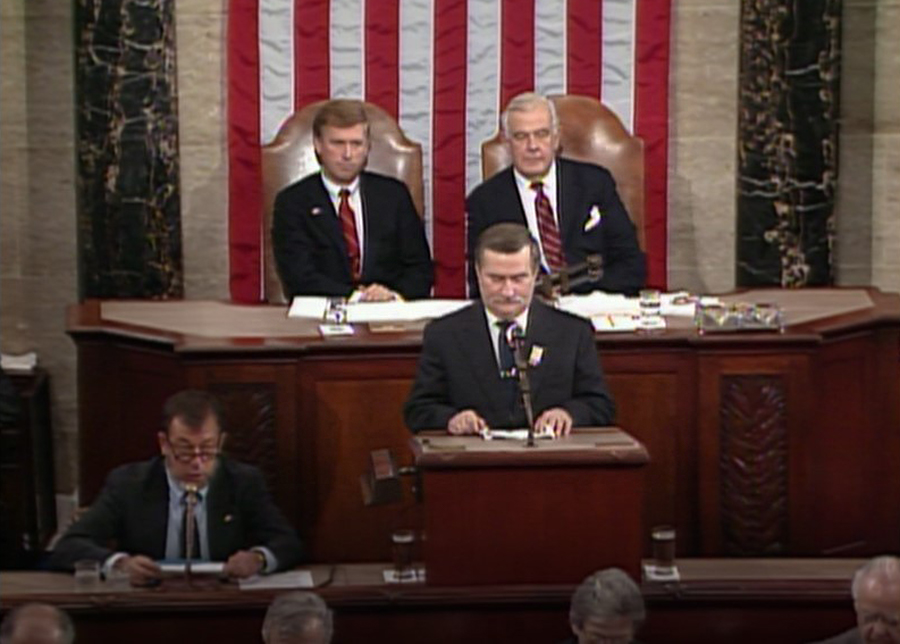 This documentary explores the Western perspective on the last 30 years of Polish history since the momentous partially free parliamentary elections and examines the role that the United States played in the transformation process in Poland.
The elections on 4 June 1989 not only caused the collapse of communism in Poland but also triggered a chain reaction of events throughout the region – from the fall of the Berlin Wall to the collapse of the Soviet Union.
In November 1989 Lech Wałęsa, whose vital role in this process is unquestionable and who later went on to become the first president in post-communist Poland, gave a historic speech to the American Congress.

He is the only Pole and the third person in American history to give such an address as a private citizen.

The film includes unknown facts of Lech Wałęsa’s famous speech to the US Congress in 1989, as well as never shown archive.