Workers 1971 – Nothing About Us Without Us 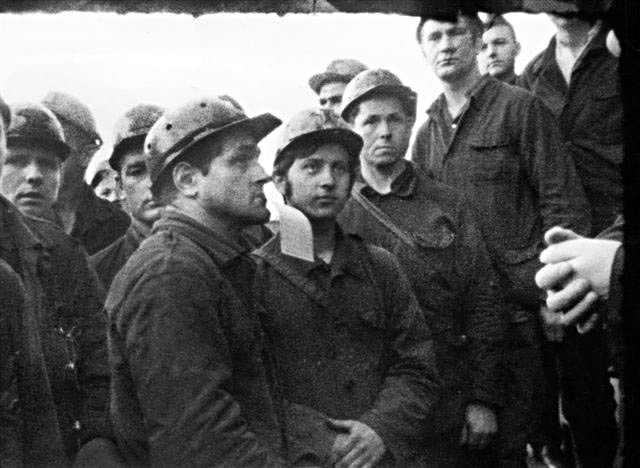 Story
Filmed after the strikes of December 1970 (in which workers were killed), the downfall of the Communist Party First Secretary Gomulka, and the assumption of power by Edward Gierek promising a “new Poland”, the film “was intended to portray the workers’ state of mind in 1971. We tried to draw a broad picture showing that the class which, theoretically at least, was said to be the ruling class, had somewhat different views from those which were printed on the front page of Trybuna Ludu. [The People’s Tribune]. […] And it seemed good to show that this class thinks, and thinks more or less the way I thought it then needed to think.” (Krzysztof Kieslowski)
The original version of the film has not been publicly shown in Poland. The film was later cut and re-edited – despite the author’s disagreement – by Polish Television and shown, without credits, as “Gospodarze” (The Masters).