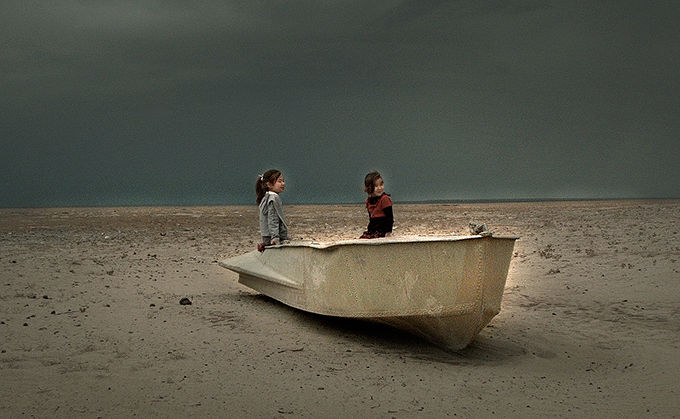 The Aral Sea in Central Asia was once one of the four biggest lakes in the world. Today, it has largely disappeared. The lake was drained as a result of various irrigation projects initiated by the former Soviet Union. In the beautifully shot Zhalanash, we only see the remains of a once flourishing area. Fishing boats erode in the dusty desert, a lonely camel wanders an empty street, and an old woman quietly stares at her birthday cake. “I wish I would die,” she tells her equally fragile friend. Meanwhile, a man drives his truck to sandy villages to deliver water to the remaining residents, another herds his horses by motorcycle, and two men complain about the increasing temperatures that have come with the dryness. It’s as if life itself is also drying up. The imposing images emphasize the extent of the emptiness, giving new meaning to the word “bleak.”